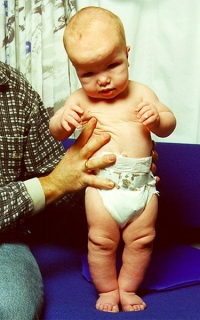 Years of working with adults with developmental disabilities have left me with questions regarding the meaning and meaningfulness of the lives of people who experience high levels of mental retardation.

I mean something different here from purpose.  What a divine entity might mean for these people must remain a question beyond my ability to answer.  Some have tried.  At a funeral for a mentally disabled client I had known for some years, his pastor claimed retardation happened because of sin in the world.  If we were all more careful to adhere to scripture, he suggested, these things would not happen.  While I strongly disagree with this interpretation and suspect this pastor’s view is a minority one, I also have no rational grounds to refute it.

The big problem with this assertion is a moral problem.  This pastor suggested that people of disability are a regrettable burden, that sin forces us to suffer them, and that if we were all a little more pure we could all be more alike.  These differences would cease to surface.

I have found this not to be true.  People with disabilities vary from the average in some ways but are just like any other person in most respects.  Mentally retarded adults have the same needs as any other adults, such as respect, approval, autonomy to the extent possible, challenge, and room to grow.  It is in providing this sort of conducive environment that we can be of most service to this population.

Now I might suggest an alternative meaning for the lives of individuals with disabilities: the way we treat them reflects on us very strongly as a society and as individuals.  Using words like “retard” as an adjective reflects on us poorly; treating every individual as a person with potential reflects on us quite well.  When we take the time, effort and money to construct the best possible environment for our most vulnerable citizens, this perhaps reflects on us best of all.

But this is an externally constructed meaning, and unlikely to be satisfying to a person of disability.  Ask them what is the meaning of their lives, and you are likely to hear answers as varied as if you asked any other person.  Who I am concerned with here, now, are the people who are incapable of answering such a question at all.

These explicit, constructed meanings for our lives are really only overtly accessible to people with moderate or higher levels of intelligence.  Many of the individuals I have worked with over the years were incapable of language or any obvious symbolic representation.  In general, but not in every case, the ability to communicate in language or other symbols is tied quite strongly to the ability to care for one’s self; thus those with least language were, typically, most dependent.

Without the ability to contemplate one’s position, one’s purpose or direction or even one’s own needs, would one’s life be simply devoid of meaning as we understand it?

I would hate to think so.  Furthermore, a great many people perfectly capable of this sort of contemplation eschew it.  Does this rob their lives of meaning?

Perhaps the only missing meaning here is the constructed, overt, explicit meaning that we understand in words.

Frankl was careful to note that meaning does not always happen this way.  Yalom expanded on this point later and with more success.  Meaning can also be implicit; in fact, implicit meaning is probably more common than explicit meaning.  Our lives are meaningful primarily to the extent that they are lives of engagement.

Freud suggested that if we but lived, loved and worked, we would be content.  This is a meaningful life.  Lennon and McCartney give us “love is all you need.”  Existential psychotherapy gives us tools to investigate meaning implicitly, through focusing, relating, being in the moment.  For the person with profound disabilities, who is most often incapable of working or seeking out love, our job becomes to bring engagement to this person.  To give them the best possible chance of engaging on their own terms by providing the most opportunities for engagement.

I have often said that existential psychology is, at its core, a psychology of engagement.  It is in the face of the inability to communicate one’s internal state even to one’s self that we find the truth of this premise.  We can help people of disability and also small children and people in severe states through the power of engagement to live meaningful lives.