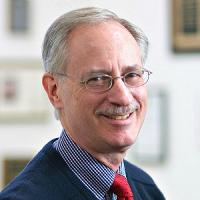 When people get together, a lot of things tend to go unsaid. These “things” typically include thoughts, feelings, perceptions, and assumptions about themselves, about other group members, or about the way the group engages.

Organizational consultant Robert J. Marshak put that theory to the test several years ago during a workshop he helped develop at the National Training Laboratories (or NTL) Institute. The workshop was about group dynamics and focused on a simple question: When a group of people gather together, what goes on that they don’t talk about?

Marshak and fellow NTL instructor, Judith Katz, soon realized that was a tough question to answer. After all, what a person thinks or feels in a group setting is pretty personal. So Marshak, a professor at American University who calls organizational theorist Edgar H. Schein an esteemed mentor, suggested having each workshop participant go under the table. Literally.

They opened a fold-up table and, one by one, each workshop participant sat underneath it, introduced themselves, and mentioned any thoughts, feelings, perceptions, or assumptions that they had about themselves or any of the group members while they were in that space.

“People did it and interesting stuff came out,” Marshak said during his discussion to a group of organizational development consultants, human resource professionals, and students of organizational theory at the Organizational Development Network’s South Florida Chapter meeting in early April, which I attended.

Marshak—or Bob, as I came to know him—said this NTL experiment became the basis of his research on the covert process, or the hidden agendas, blind spots, organizational politics, assumptions and unconscious dynamics, that take place within a group and can hinder change.

Why do people “hide” their authentic thoughts and feelings in a group setting?

Bob said it boils down to one main reason: fear. People fear the risks involved in being open. They’re afraid of revealing something that may be considered inappropriate, fearing they’ll be pegged as too emotional or irrational. They’re afraid they may lose their job. They fear being ostracized and rejected for expressing their opinion. Many times they’re unclear about what’s really bothering them, so it’s easier to hold back to avoid facing their biggest fear: insecurity over how others might perceive them.

Regardless of the reason for holding back, when people fail to speak genuinely in a group, the consequences can be serious. According to Bob, when important information isn’t raised, shared, or addressed with other group members, this prevents innovations or corrective actions from taking place. This can lead to excessive maneuvering from more assertive group members and defensive behavior from others who may feel safer withdrawing. In time, all of these behaviors create a climate of cynicism and discouragement, Bob explained.

So what’s safe? What generally gets placed “on the table” for group discussion? The things that “our filter tells us is OK,” Bob said. A budget, for example, is a safe topic of conversation that doesn’t raise anxiety levels at an office meeting.

But if someone at the meeting starts discussing salaries, disagreements with the boss, or sexual harassment in the workplace, these topics will be shoved under the table pretty darn quick. For an organization working on a change process, this reaction “is an impediment,” Bob said, because the group won’t be addressing the real issues bothering its members and members of the organization.

At the discussion and in his book, Covert Processes at Work: Managing the Five Hidden Dimensions of Organizational Change, Bob identified five dimensions where covert processes typically manifest. They are:

Covert processes are rooted in the notion that a threat exists if what’s hidden is exposed, but any “threat is in the eye of the beholder,” Bob said. He advised that, in facilitating a meeting, the best way to minimize perceived threats and foster openness among group members is by creating a safe environment for everyone involved; seeking movement of dialogue; assuming that everyone involved is doing their best; understanding your own mindset and addressing your own need to hide; and acting consistently with your expectations within your role.

“There’s always something hidden,” Bob said. “The reality is there always is a secret reason.”

That’s why creating a safe space for authentic expression is always a good option.