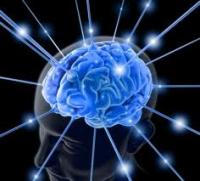 When we think of meditation, we conjure thoughts of something good for us, but also something perhaps too “New Age.”

When I was in the pre-op room at the Cleveland Clinic waiting for my heart surgery, a social worker noticed my high level of anxiety and offered a number of services, which included guided meditation. I was surprised at how alternative practices had made it into mainstream medicine. This was further reinforced when one of the nurses downloaded meditations into my iPod, which I listened to all the way to the operating room.

Today, meditation is more mainstream than ever. Transcendental meditation, the most well-known and research-based form of meditation, is being practiced in schools, a wide range of organizations, and is offered in benefits packages.

Not too long ago my wife and I attended an orientation on transcendental meditation and decided to give it a try. A few short weeks later, after making it a point to meditate twice a day, I am happy to report that we feel happier, have more energy, and seem to deal with daily stress a lot better than before. Just the other night we turned an issue that, in the past, would have been upsetting into a lighter argument that ended in complete laughter.

During my training on transcendental meditation, I discovered how systemic this practice is. I could not help but translate the explanation from our instructor into a causal loop diagram with the main variables being mental activity, physical activity, and stress release.

During the 20-minute meditation practice, a causal loop is formed where a mantra—a sound, syllable, word, or group of words that’s uttered to assist in focusing—is used to lower mental activity by replacing emerging thoughts with it.

Once this balancing loop is underway, another starts. This second loop is focused on lowering physical activity as manifested by fewer and deeper breaths, lower heart rate and less overall physical sensation. The mantra-driven, mental activity almost magically results in attenuated physical expression.

The third loop commences once the first two are operational. It is in this third loop that deep rest is reached promoting the release of stress. This stress release comes in the form of random physical sensations, feelings, and thoughts. Once our mind connects with the thoughts that originate from this release, we are back in the first loop and the process repeats itself.

During the 20-minute practice, one can move multiple times between the three loops gradually spending more time in the third loop, which results in increased levels of stress release. After each meditation, I feel as if I have exercised for an hour, watched the funniest movie, and hugged all the people I love. All of that for 20 minutes twice a day. Not bad!

The other systemic realization I had during my meditation training was on why we should meditate. It came about as I understood the relationships between our states of consciousness and the physiology we experience with each.

The four states of consciousness and physiology result from the combination of the mind and body being active and at rest.  We are all very familiar with being awake and being asleep. These states of consciousness are opposites of each other. We spend the majority of our lives—at least two-thirds—awake, experiencing the full range of cognitive processes, including self-reflection. While asleep, our body and mind are at rest undergoing cell regeneration and energy restoration.

Dreaming, which according to the National Sleep Foundation accounts for 25 percent of the time we are asleep, has forever perplexed scientists, psychologists, and philosophers. However, there is agreement that it is a unique state of consciousness necessary for our wellbeing in which our bodies undergo a level of activity including rapid eye movement, irregular heartbeat and breathing, and heighten brain activity. Scientific American defines dreaming as sensorimotor hallucinations with a narrative structure. In our dreams we can see, hear, and touch within environments that appear completely real. In them we are not mere passive observers but engage in a full range of activities. In essence, we are physically active while our cognitive mind is at rest.

As our instructor described these states of consciousness and their related physiology, I charted them in a table and it became clear that non-meditators are missing one important state. It is the state where the body is at rest (as in the second loop described) and the mind is active, but pursuing a different kind of activity akin to dreaming (the third loop).  It is in the resulting physiology where a different kind of deep rest is reached and where stress is released.

The meditative state of consciousness has been the subject of controversy, ranging from the religious to the scientific. For me, it is simply a necessary state much like sleeping and dreaming. What is different is that I can choose when to enter the meditative state and have learned how to stay in it. Currently, I am learning how it operates. I feel that the byproduct of this fourth state of consciousness is similar to dreaming in that I do not control what emerges but different in that I am aware of what happens.

Much research exists on the benefits of meditation. This practice has been the subject of credible research yielding results that include increased brain coherence, overall decrease in medical needs, increased vascular health, increased mental alertness, higher self-development and many others.

All of these benefits are great, but now that I am actually meditating, I can highly recommend this practice based on my own experience. I am not a scientist, but I consider myself a systems thinker and, from this vantage point, I see how meditation practice works with our overall system, including mind and body, to provide a restful and stress-release experience that is easy to achieve with almost immediate and discernible results. What could be better?