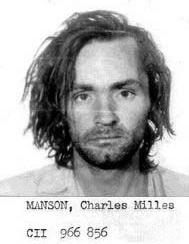 Scary. But what’s the diagnosis?

Hypothetical psychopaths and presumed sociopaths have been much in the news lately, with “The Sociopath Next Door” claiming that four percent of the population is a sociopath, and recent media reports suggesting that 10% of Wall Street employees are psychopaths.   You’d also have to have a heart of stone not to weep for parents Anne and Miguel, whose son Michael is profiled in a recent New York Times article “Can You Call a 9-Year-Old a Psychopath?”

Such books and articles are the frontier where psychology and the popular imagination drink at the same lawless saloon.  Much of the delusions and contradictions about the way we treat “mental illnesses” are more obviously apparent on this frontier.

The acting assumption is that socipathy and psychopathy are “distinct neurological conditions” that have a bio-neurological base.  The trouble, of course, is that we can’t find one – any more than we’ve found them for the other “mental illnesses” that have been presumed to have just such a basis for decades.

Whether it’s psychopathy or depression, there is no laboratory test to tell if you’ve got it.  No scan you can get to clarify.  There may be trends:  as the Times reports, MRI scans on the brains of adult psychopaths show “a smaller subgenual cortex and a 5 to 10 percent reduction in brain density in portions of the paralimbic system,” but these are averages.  There is no threshold by which if a subgeniul cortex is this large you’re healthy but this small you’re psychotic, no paralimbic system brain density that means anything taken on its own.  Something biological may very well be going on, but what’s going on is not reducible to biology.

That’s what’s particularly troubling and particularly interesting about psycho-and-socio-paths.  Whereas schizophrenics and manic-depressives have a clear and recognizable set of symptoms (does he hear voices that we can generally agree aren’t there?  Does she go through cycles of intense mania and depression?) … psychopaths have no such symptoms.  They don’t check themselves in.  What we are seeing when we diagnose them is a capacity to make terrible choices.

Yet we all have the capacity to make terrible choices.  As Sebastian Haffner’s memoir of childhood “Defying Hitler” makes abundantly clear, even avowed enemies of fascism can turn into storm troopers if put in a high pressure environment, given songs to sing and marches to march.  The Milgram experiment and the Stanford Prison Experiements showed how few of us, in fact, have the capacity be anything but monsters when put in the wrong situation.  There is no abomination a psychopath has performed that a mentally “healthy” person (or at least not a psychopath) hasn’t at some point performed too.

The idea is that psychopaths make these terrible choices casually, with no regrets or empathy – but we can’t actually observe regrets and empathy.  Observably, what we have is a “mental illness” based around the idea that these people are making wrong choices.  Not choices the rest of us couldn’t make …  not even choices the rest of us sometimes, horribly, don’t make.

I’m not saying this diagnosis is wrong, or that psychopathy isn’t real:  if the reporting is accurate (always a key question to keep in mind), 9-year-old Michael is a monster-in-training, learning to manipulate the feelings of adults in order to get away with terrifying acts of cruelty to those around him.  A predator without empathy who preys on the empathy of those nearby.  This is real.  This is not “normal.”

Such people have to be stopped.  But we have to stop them while recognizing that the decisions we make out at the frontier inevitably slip into institutional culture to affect the rest of us.

The idea that we could cure depression with a pill was born on that frontier – and now insurance companies only want to pay for pills;  now reports are coming out of the military of wounded soldiers being given nothing but anti-depressants and unable to get traditional therapy.

The idea that behavior is best understood as a series of “syndromes” and “conditions” was born out on this frontier – and now the “Bible of Psychiatry” is considering whether grief for a loved one that lasts longer than two months is grounds for medication.   (Perhaps a significant number of psychiatrists lack empathy too.)

The methods we legitimize in the “curing” (if such a thing is possible, or even makes sense) of psychopaths will inevitably seep into our everyday institutions just as much.  If a capacity for making bad choices is turned into a diagnosable condition with treatment protocols, and handled with the same “care” that we’ve applied to depression, shyness, and ADHD, then we’re in for a terrifying roller coaster ride.

It is a truism that our society can be judged by how it treats the weakest among us.  Less recognized is that we can also be judged by how we treat the monsters among us.  Both of them are us … capacities we all have, moments we all go through, and decisions (one way or another) we all make.

We learn how to treat each other by the way we treat those on the frontier –  the depressed, the sick, and the monstrous.  It filters through.

Whatever is cooked up in those research labs and treatment programs will eventually be served to the rest of us.

There’s a lot at stake.