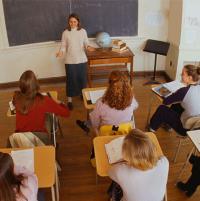 In his 2004 book Limbo: Blue-Collar Roots, White-Collar Dreams, Alfred Lubrano notes the social pains of class mobility. You see, moving towards an educated “self” creates some unintended outcomes such as alienation from family due to “interest shifts” as well as the development and use of a “new” language.

Lubrano, a Brooklyn native, wrote that, to him, being a son-of-a-bricklayer supported family values, standard dinner times, and neighbor loyalty that bordered on fraternity-esque even at the cost of becoming his true, “actualized” (a little Maslow for good measure) self.

Lubrano, a journalist not a sociologist, reported some significant snippets from his interviews with what he called “stragglers,” or professionals caught in two places at once in their old working class family place while living in their new middle class space.

This type of dual citizenship comes with costs, but my mind shifted to systems moving “opposite” for these upward mobile young folks early on in their student lives. “Middle class kids are groomed for another life. They understand, says Patrick Finn, why reading Macbeth in high school could be important down the road, Lubrano wrote.

By opening access to literature during early stages of a student’s life, we—as educators and parents—help grant an awareness of a type of reflecting and connecting.

If classes don’t simply sit on a checklist to be marked and learning is the goal, we need to work to be unbiased. Teachers tend to form prejudices, according to Lubrano. I recall these being played out as well.

The well-to-do folks were played to while the welder’s daughter may have been glossed over in discussions around critical literature topics. Just because previous knowledge may be granted to some middle classes that does not warrant deference given to such students.

Lubrano’s interviews of professionals between the ages of 40 and 50 support the consistency of work ethic and the problems associated with becoming disassociated with family rituals, but they also spotlight this teacher bias.

I opted to pick up this teacher-bias issue, because quite frankly I was not the only one reporting it in my circle. Several of my teacher friends have recently told me about the heavy-handed social class mentality that influences teaching.

Can you imagine ignoring particular students because of their social class? The way teachers even speak about some students may utterly shock you. This secret, “social class” reality is a social shush obscenity in my eyes. All students matter; social class should note be influencing elementary education or high school teacher-student relations because, in the end, the total system of promoting the minds that matter becomes short-circuited.

Accordingly, the next time your social radar dings, buzzes, or fires off on the matter of teacher-class bias, re-shape the conversation. As white knights, we need to deflect the negative impact of social class on student development and your role may be larger than you think within the system of local education.

Read other posts by Dennis Rebelo