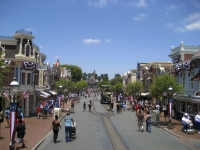 The word “community,” and the phrases “building community” or “creating community” are constantly bandied about in our 21st century Western life, but this “community” often feels very different from our forebearers’ notion.

In the past, and even now, in some places, community existed within the clearly defined boundaries of physical or institutional structures. We might speak of a community as a group of people living in a particular geographic region, who might come together to work for the common benefit of the residents. Or we might speak of a religious community, in which all members are connected by common beliefs or values, and often a shared place of worship.

But in the 21st century, community has been redefined—for example, we now speak of social networks, connecting people across the reaches of cyberspace , spanning the entirety of the planet. We also see communities arise through the cultivation of common interests even though again people may be physically separated by thousands of miles.

And these “new” communities have the potential to radically change people’s worlds both professionally and personally.

I am thinking of two examples of “new” communities I have heard of recently. The first is the development of photo collectives, described in The New York Times Lens Blog as changing the paradigm of the “lone wolf” approach to photography to a spirit of community and connection. According to The New York Times, “each collective is unique and reflects the circumstances, desires and philosophy of its members” (Estrin, 2012). These collectives were in full force at the recent Look3 photo festival in Charlottesville, Va. David Walter Banks, a member of Luceo collective showing work at the festival , said:

Instead of just showing work, we wanted to show these ideas of community and collaboration. We had to have the community involved in order to get the photos on the wall, and we wanted to make sure our audience was getting the full experience of the festival. (Luceo quoted in Estrin, 2012).

The second example of creating community comes in the form of what have come to be known as “Stranger Dinners,” where the idea is to connect with people one does not know over dinners, often potluck, literally. To combat the anxiety associated with inviting total strangers to one’s home, one might ask friends to bring a friend the others do not know or to connect with strangers through another shared group or interest, so that there is someone who can “vouch” for the stranger.

This idea is contained in a new book entitled “Share or Die”. On its website, the book claims to be a “call to action”:

“Share or die” doesn’t only refer to resource depletion, disappearing jobs, or stagnating wages. It refers to social death too, and to finding the common sense ideas and practices needed to not only merely survive, but to build a place where it’s worth living. A series of forays into uncharted territory, this graphically rich collection of essays, narratives, and how-tos is an intimate guide to the new economic order and a must-read for anyone attempting to understand what it means to live within the challenges of our time.

Thus, these stranger dinners are part of a response to what the authors of “Share or Die” say is a new economic and social order. This new order is clearly unlike those of our forebearers and requires a different kind of conceptualization of community.

Heidegger’s term for what we would call community is Das Man.” The term “Das Man” literally translates to “the One” or “the They,” akin to how we might generalize a group, as in “One might think” or “They [the larger group we are talking about] think.” The fact that the word itself is singular suggests a group united in values and purpose, although as many of us have experienced, most groups do not have total unanimity. Bessant (2011) says:

Heidegger’s notion of the “they” (das Man) or what Dreyfus (1991, p. 143) prefers to call the “one,” does not evolve out of or represent a plurality of others’ worlds; rather, it is a primordial “publicness” that serves as a shared basis for everyday understandings.” (pp. 3-4)

But we must also consider that for Heidegger, Being itself—the Dasein—is socially constructed as a Being-in-the-World, defined by and always in relation to Others. Bessant (2011) then explains that “community is made possible by the ‘existential structure of Being-with,’ that is, the everyday experiences of shared interactions and interpersonal relationships” (p. 4). One the one hand, Das Man is a singular entity, but on the other, it is combination of these shared interactions and relationships.

Boedeker (2001) gives us a way to conceptualize both simultaneously. He says:

Das Man, I suggest, is the totality of interrelated meanings in terms of which co-Daseins are encountered. It is the overarching network of interdependent possibilities for others to be: the totality of ‘for-the-sakes of-whom’ (Worumwillen) that can guide their practical projects. (p. 74)

Boedeker’s description could be applied to both the photo collectives and the stranger dinners as both are creating networks of interdependent possibilities, in the former case for photographers’ livelihoods and in the latter case for creating new networks of social support.

Of course, there is no way to predict the course of these events. What is clear, however, is that these new formulations of “community” are embodying all the many complex aspects in Heidegger’s concept of Das Man. But maybe the time is here to invite a stranger to dinner. The possibilities could be infinite.

n.a. (2012). Share or die: Voices of the get lost generation in the age of crisis. Shareable: Sharing by design. Retrieved at http://www.shareable.net/share-or-die.