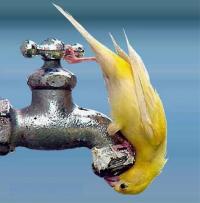 For the organizations that survived the 2008 to 2009 recession, growth now seems to be the dominant theme. Is this a sign that we are past the scarcity introduced by the recession or is it just a form of coping with economic limitations?

Most organizations in the U.S. experienced a revenue shrinkage that ranged between 15 percent  and 40 percent from 2008 to 2010. This shrinkage translated into stopping most investments, diminishing capabilities due to layoffs, greater amount of work and related stress for remaining employees, wage reductions, and an emphasis on short term strategies.
There have been many comparisons between the Great Depression and what is now called the “Great Recession.” The rate of contraction in global trade between 2007 and 2008 was worse than the Great Depression. The proportionate decline in global stock market wealth was rather dramatic. Estimates suggest that household wealth in the U.S. declined 17 percent in during the recession while it declined, by comparison, by a mere three percent in between 1928 and 1929.

On the other hand, it would be naïve to argue in terms of the duration of the recession and its impact on jobs and livelihoods that it was anywhere as impactful as the Great Depression. Unemployment reached 25 percent in the U.S. during the 1930s. In both 2008 and 2009, even the worst affected economies did not exhibit unemployment rates in that range.

In July 2008, the Associated Press reported that a “depression era” mentality was taking hold of consumers. Author Julie Hall stated that 78 million baby boomers assumed this type of mentality inherited from their parents. Leaders across the world responded to the scarcity of available funds and much lower spending by taking measures not just in their personal lives, but in their organizations too.

Scarcity is both a physical reality and a mindset. As a physical reality and stated in economic terms, scarcity means demand is greater than supply. In the case of the “Great Recession,” the demand for spending rapidly outweighed the available supply of funds. As an example, endowments for hospitals dropped by 21 percent in 2008, according to news reports. Endowments account for as much as 40 percent of the overall income for these institutions.

As a mindset, scarcity is the perception that there is not enough for everyone. Eldar Shafir of Princeton University and Sendhil Mullainathan of Harvard University have been exploring how scarcity produces its own cognitive traits and psychology. These researchers have pointed out that people tend to have a low view of themselves in times of scarcity and actually perform poorly in terms of cognition. Studies conducted by Shafir and Mullainathan show that scarcity makes us operate with a short term mentality and with a greater number of mistakes.

Unfortunately, organizations today suffer from both forms of scarcity, which are combined in a reinforcing loop. A third variable which complicates matters for public companies is the pressure to increase earnings per share (or EPS), which normally translates into higher stock prices. The irony is that in our current market, stocks are following the emotions of investors and not necessarily sound company fundamentals.

I mentioned growth at the start of this blog. Past the peak of the recession and the compression that most organizations felt, growth became the main theme for most CEOs and their leadership teams. Part of this growth was aimed to recover the lost revenue during 2008 and 2009 but, beyond that, most leadership teams have recognized that managing “limitation” is hard and certainly not enjoyable.

How does the current approach to growth differ from what we did to fuel the growth in the 1990s and the mid-2000s? By

1. Doing more work with fewer employees, and offering less funding for tools and other resources;

2. Offering less opportunities for growth and promotion due to a slow increase in hiring and little employee movement;

4. Working to capture immediate revenues at the expense of long-term strategies with potentially higher returns;

5. Fixating on increasing stock prices, which puts pressure on employees to do whatever it takes to meet or exceed the EPS communicated to market analysts; and

Today’s growth is marked by the anemic but, nevertheless, increasing GDP and the recovering stock market; however, our behavior inside organizations is tentative and reflective of the recent hard times of the “Great Recession.” There is evidence of the lasting effects of scarcity. This is manifested in the conversations in boardrooms as investments and market performance are discussed, and around water coolers as employees lament the yet again minimal raises and lack of promotion opportunities. Other conversations point to the short sightedness of product and service strategies and the lack of investments to make work easier and more efficient.

Scarcity appears to be a force that affects individuals and organizations guiding their narrative and resulting behaviors. It is hard to predict how long the scarcity of the “Great Recession” will affect us and our organizations, after all, it took decades and a World War to make our grandparents and parents snap out of the scarcity of the Great Depression.