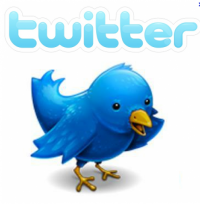 The Peace and Collaborative Development Network (PCDN) has posted A Guide to Tweeting for Peace and Social Change – a helpful resource for those using social media for transformative social change. Since its founding in 2006, Twitter has rapidly grown to be one of the most powerful online platforms for connecting hundreds of millions of individuals and organizations around the world.

While the estimates vary, Twitter estimates they have over 100 million active monthly users of the platform and almost 500 million registered Tweeters, with several hundred million tweets sent per day.

This resource guide provides an introduction to Twitter, discusses the role it can and has played in peacebuilding and social change and offers key resources to begin actively using the platform.  Over the past few years, Twitter has rapidly become a powerful tool for connecting social activists fostering political reform and change in many regions of the world. From the Arab spring countries, to Occupy Wall Street in the US, to how individuals inform and connect on serious issues such as organizing political movements, documenting resistance, reporting on violence, Twitter has and will continue to have a tremendous impact.

The guide describes how Twitter works, including the use of hashtags (#) to categorize messages. It describes how to find other relevant tweeters to follow, how to garner interest in one’s own tweets, and explores the connection between Twitter and digital activism.

To see the full discussion, including a list of top tweeters on PEACE, INTERNATIONAL DEVELOPMENT, SOCIAL CHANGE, visit the PCDN post.