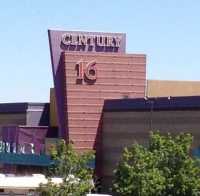 In the light of massive tragedies, such as last Friday morning’s terrible shooting spree in Aurora, CO, leaving 12 dead and another 58 wounded, we are always asking, “Why?”

Why did this happen?

Why did he do it?

Why in this way at this time?

The hearing answered none of the questions about his state of mind, his motives or his decline from neuroscience graduate student at the University of Colorado in Denver to the sole defendant in Colorado’s worst mass shooting in more than a decades. (Healy & Frosch, 2012)

Because we have 24/7 news cycles now, both on television and the internet, most of us have heard little about anything else. But since the Friday morning news shows, the media coverage has been almost constant—a barrage of scenes of the movie theater surrounded by police tape, interviews with friends and relatives of victims, as well as community members, and most all, newscasters and reporters engaged in constant speculation as to why, blaming everything from gun laws to alleged political affiliations to the wearing of costumes or masks. As Stephen Colbert commented, it was a lot of nothing. And certainly nothing to explain why.

And the fact of the matter is that we may never know why.

Can we live that?

Sometimes we can make sense of senseless tragedies. We can say these people were killed because of money or power or jealousy or even love or hate of country or religion. So, even though we cannot really understand it, and we certainly don’t even try to see it from the accused’s position, let alone show compassion or empathy, we can put it in a box, categorized, and thus separate from us.

But if we agree about that what Heidegger says about Being-in-the-World—that we are all connected to one another and our world—is true, or if we agree that what the Buddha says—that all people suffer and allwant to be happy—wouldn’t it then follow that we are somehow connected to this accused shooter, no matter how heinous the thought may be?

Don’t get me wrong. I am not in any way trying to justify or excuse the perpetrators of these acts of extreme violence. The horrific events at that cinema in Aurora are inexcusable. What I am wondering about is whether we can begin to see that we all share a common humanity.

Some people might say and have said that it is too soon to ask any other questions than “why?” and to do so is disrespectful to the victims and their families. But that brings up another profound question—if not now, when? After the next tragedy?

If we are all human—including these perpetrators—then the perpetrator could also be anyone of us. And that is not a comfortable thought.

The accused in the Aurora shootings, as noted above, was an honor student, had attended college and then graduate school, although that was when he reportedly began to struggle with grades and workloads. How many of us got decent or good grades, went to college and maybe even graduate school, and at some point, struggled with grades and workloads? How many of us would be considered a little quiet and a little nerdy, as I heard one former classmate describe the shooter during the countless hours of television?

What would trigger each one of us to take an action we would have previously thought unthinkable?

I’ve often heard in psychology ethics classes scenarios such as: “How would you feel if your client confessed to you that he likes to look at child pornography and has thought about engaging in sexual acts with children?” In this way, the client would not be confessing an actual act requiring legal action necessarily but opens the possibility that he could harm someone in the future. Or what if your client says that they are considering hurting themselves?

Some time back, Jason Dias wrote here in The New Existentialists about what could happen if therapists hold off with running to the authorities in the case of suicidal ideation and work with how those thoughts may actually be useful for the client. But I suspect that it is extremely hard for many therapists to actually sit with a client’s thoughts about harming oneself or others even though the ability to be present to those thoughts can actually help the client work through them without acting on them. It is easier to default to reporting these thoughts to the authorities. To distance ourselves from them and their thoughts.

What if these kinds of tragedies are not so quickly reduced to simple dualities? What if we pause before we act or react? What if someone was there for James Holmes to hear his pain before he acted, the way many of us have had people there for us to hear our pain?

Maybe we should consider the radical possibility that creating “meaning” for why this—or any—tragedy happens so that we can put it in a box and distance it from ourselves is not the most useful activity. Perhaps more useful in the long run is to figure out how we can be more present for others in our world so that none of usfind ourselves at a point where the only way we think we can be heard is by hurting others.