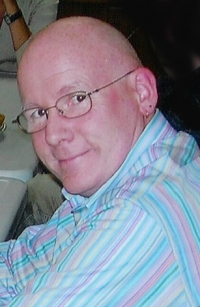 With the proliferation of polarities rampant today, I’m rather fond of some of the “flash mob” videos that periodically show up on You Tube, particularly the ones in public spaces (the commons) that involve orchestras and choirs playing a human classic to the delights of the gathering citizens. To me this is an example of the human potential beyond our limitations: A moment that transcends our differences. Here’s the link to the most recent example that came from my daughter, Chelsea: http://bit.ly/Onvuc4

Which brings me to my new favorite TV series, Newsroom on HBO. In the opening scene, http://bit.ly/SUugrC, the main character’s monologue spoke to me. I wanted to both cheer for the audacity of speaking his truth, and rage that “We the People” have strayed so far from that path of possibilities.

Three things stand out to me in viewing this piece. One is the power of the media, the arts, and its ability to succinctly, eloquently express a collective pulse in a way that seems to cause proper matters to catch fire. A second is the power of doing your homework, of looking at the current, and in this case brutal, reality with discipline. And the third is the ability to connect that frank assessment of what is to the aspiration of what was envisioned in a way that seems to transcend the embattled polarities and evokes some higher purpose.

Which brings me back to the idea of the “flash mob;” I’ve been part of this grand idea that is LIOS for a long time now. I’ve seen and worked with hundreds of students. Over the years I have heard many stories of those who are working to make a difference in the systems they seek to serve. Many of them seem to carry the themes I saw in the video. They knew the reality of the system. They did their homework. And they found and are finding ways to transcend it, which I have found inspiring.

So, I wonder what it would be like if we began to gather the stories of these individuals in a virtual “commons?” What might we see in a LIOS “flash mob?” Given the individual stories I’ve heard over the past 30-plus years, I suspect it would be as inspirational as any flash mob I’ve seen to date. And, to me, the potency of the “flash mob” is its impact on the “commons”. It reminds the people of the path of possibility. It rekindles a sense of hope. I know that the individual stories I’ve witnessed continue to spark the flame of hope in me. I find the this world to be an increasingly cold place, so I’m hungry to see if the gathering of stories creates a bonfire of imagination create a hearth of hope for those in the commons.

Now, I don’t know if anyone reads these blogs, so this may be a voice in a vacuum. But I’m putting it out anyway. I calling for those who are so moved to gather at this virtual “commons” and share your stories about what you are doing to make a difference in the systems you serve. Let’s see what we “sound like” together. Together we may discover that there’s a symphony actions that begins to call us to more imaginative was of being. I’m hopeful, and I’m waiting . . .