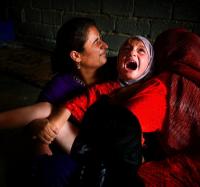 I could not agree more with Michael Bernard Beckwith, founder and leader of Agape International Spiritual Center, when he recently shared on Facebook: “The song that you’ve been holding back is the cause of your heartache. Don’t wait! You’ve got to sing your song as if your whole life depends on it.”

The past few years, months, weeks and, indeed, days have brought me closer and closer to a topic that I have been long-passionate about and have dealt with in a variety of ways that range from what I might term as prolonged temporary muteness to finding my voice and using it. Prolonged temporary muteness due to internal turmoil and dissonance stemming from a soul and psyche torn and deeply conflicted by the contradiction of earlier messages and experiences of enculturation and what I have come to consider liberating self discovery, mental, emotional and pycho-spiritual emancipation born out of bold and painful authenticity. A process that I believe has in a number of ways put me on a path to finding my voice and “real self.”

The concept of the “real self” takes me back to my action research course with Nancy Southern at Saybrook University where I had a chance to do some soul-searching on my role as a social researcher—an action researcher. One of the things that deeply resonated with me during that course was the concept of the “real self” as described by Peter Reason and Hilary Bradbury, authors of the 2006 book, The Handbook of Action Research. In their book, Reason and Bradbury referenced John Rowan’s description of the “real self” as “the feeling of being in touch with your own centre, my inner identity, my true self, my authenticity—that self which lies behind or beyond all self-image or self concepts or sub-personalities.”

Rowan suggests that the real self “offers a centre for full integration of the person,” or a place where “the usual splits… that exist… between body and mind, intellect and emotions, duty and inclination, top-dog and under-dog and all the rest, can now be healed very simply… although… there may be some painful choices to be made along the way, but the essential blocks to full integration have now been removed and the process is not so hard.”

While I cannot say that I have attained the level of full integration Rowan describes, I continue to experience the pain of some of the “painful choices” he refers to but also believe that I have made great strides in that direction with room to grow into it more deeply. One of the areas this path continues to lead me to is on the topic of human rights within the context of culture. For instance, over the past few months, I have heard and sometimes felt somewhat ruffled by voices I might describe as having taken a cultural relativist position that it is disrespectful to the people of the culture in focus in order to apply the human rights framework in an intervention that seeks to address cultural practices like female genital mutilation or female genital cutting. These practices are now universally recognized as human rights violations. Female genital mutilation is also a term that has long-evoked controversy with some claiming that it is a western-coined term that is judgmental of other peoples’ cultures, a position that, contrary to the research, assumes that female genital mutilation never occurred or does not occur in the West.

What perplexes me is that some of those that have taken this cultural relativist position seem to have readily embraced and actually celebrate national constitutions that are largely based on a human rights framework—particularly from a Bill of Rights perspective—that heavily borrows from the Universal Declaration of Human Rights. The question becomes: how is it that for some it is acceptable to leverage the human rights framework to enhance a nation’s constitution but unacceptable to apply the very same human rights framework or constitution’s Bill of Rights in social system interventions that seek to humanize known harmful human systems, like female genital mutilation or female genital cutting?

How is it that some of those that take the cultural relativist position would agree that every human being has a right to be protected from “torture,” “bodily harm,” “cruel, inhumane and degrading treatment” and has a “right to bodily integrity,” but at the same time question when these very human rights are applied within the context of intervening within social systems, like female genital mutilation, that impede the realization of these very human rights?

Does the source of the term really matter, given that the term is in the English language and for people in non-native English cultures perhaps only attempts to describe an imagined lived human experience that is probably experienced differently by different people? Isn’t language a form of “human expression” that can express a collective human experience?

Having been born into a community in Kenya where a significant number of families continue to practice female genital mutilation and being intimately familiar with this practice, I cannot resist the conclusion that as long as we are using the English language to describe this practice, no one can claim to have the right answer to whether or not to use the term female genital mutilation or female genital cutting. The reason being that at least amongst the Abagusii and, I imagine, also for some other non-native English cultures, there is no direct translation of the local term for this practice into the English language.

I think that it is therefore critical for we social researchers, scholars, and practitioners who find ourselves in such cultural contexts make it a priority to respect every person’s voice (regardless of our own perceptions and assumptions on the influences on their voice) by accommodating the way each person chooses to best describe his or her lived experience.

It is also critical that those that do not belong to the cultures in focus avoid taking strong positions that condemn those that do and choose to describe their experiences in a manner that does not appeal to outsiders of their culture. For example, I imagine that we cannot assume that female genital mutilation only exists on the physical realm but also on an invisible and deeper psychosocial, psychocultural, emotional, psychospiritual and psychosexual dimensions that cannot be possibly boxed into a word or a phrase in a foreign language nor can it be best described by those that haven’t experienced it. I therefore imagine that the term is best contained and situated within its local cultural context and language like “kogenda iburu” “okoaroka” or “ogosara” in Ekegusii but could also be expressed in other languages like the English language as experienced by those that know it for what it really is to them—a “mutilation” or a “cutting.”

This is not to say that social researchers, scholars and practitioners should not refrain from using methods that make people defensive and feel judged. I am saying that as social systems interveners we cannot discount other peoples’ lived experiences and we cannot conveniently pick and choose when and where to apply the human rights framework because social systems are inhabited by real people—human beings—with human rights that must be realized. By the nature of our role as qualitative researchers, stewards and facilitators in this process, we also have a responsibility to respectfully enable our fellow human beings realize their human rights while also respecting the diversity in form, texture, tone and voice of their lived experiences—human experiences. Possibly a song they must sing to soothe an invisible heartache.