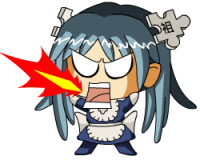 I have a confession to make. I am occasionally prone to outbursts of anger.

Now some of you may be shocked and appalled, while others of you share my pain, and still others might say that’s no big deal—depending on your personal experiences with anger and rage.

I would be much more accepting of my anger if I felt it was actually productive and could serve me in some positive way. Most of the time, it doesn’t.

Recently, I’ve begun to take part in a Rogerian encounter group. Rogers tells us that conflict is part of the group process and group dynamic. In fact, he says it is one of the ways we get to progress in the group—by openly dealing with members’ anger or rage and containing it, and with luck, transforming it.

Freddie Strasser (1999), in his book on existential perspectives on the different human emotions, concurs with the idea that anger can have both positive and negative aspects.

But when I think about my own experiences of anger, I usually think of it as a less productive quality. Thubten Chodron (2001) says that the Buddhist view of anger is “a mental factor that, being unable to bear a person, object, situation, or idea, harbors ill will towards it or wishes to harm it” (p. 16). In this sense, Chodron says that anger can encompass everything from annoyance and irritation, to frustration and resentment, to full-blown rage.

But this still does not tell us what we mean when we say we are angry. Strasser (1999) suggests:

Taking the example of anger again, most of the time we are unaware of anger itself. We only feel physiologically and psychologically that we are antagonist towards something or somebody. The moment we have appraised and evaluated these emotions, however, we can speak about them and explore how we have experienced them. (p. 24)

This suggests that there is a felt sense of anger—or really, any emotion—in the body. A feeling that something is wrong somewhere. It requires further dialogue to figure out what that “wrongness” is.

This reminds me of Rollo May’s famous casework with Mercedes, described in Schneider and May’s (1995) book, The Psychology of Existence. One aspect of May’s work with Mercedes is that she had great difficulty in the first part of their work together in experiencing her anger. She was also pregnant at the time, following multiple miscarriages and abortions. Her anger came out through dreams—where the characters show Mercedes no respect, and even some who want to kill her—and through physical symptoms that anticipated the possibility of another miscarriage.

May (1995) says that because Mercedes’ dreams suggested her fear that someone in her family—her mother or stepfather—would kill her baby when it was born, and because of her fragile physical condition, he could waste no time waiting for her to gradually come to recognize and accept her anger. He says:

We were confronted with the likelihood of a spontaneous abortion. Some rage had to be expressed, and I was the only other person in the room. So I decided, not wholly consciously, to express myrage in place of hers.

Each time she began vaginal bleeding and brought in such a dream, I would verbally counterattack those who were trying to kill her….

After about three or four months, May says she began to feel the rage for herself and even express it for herself—the move from the unreflective to the reflective, as Strasser might say. May says that after coming from a family in which anger could not be expressed and would be punished violently, this process helped Mercedes learn that she had the right to experience her anger—or indeed any of her feelings.

In Strasser’s casework with a client—Amelia—dealing with anger, what he tried to do was to help his client examine her anger from all sides, to understand what her behavior patterns were and how they were based on her belief systems. Strasser uses the phrase “strategies for survival” as a way to describe Amelia’s way of coping with her pain. This phrase is key. Mercedes’ strategy for survival was to completely deny the existence of anger, only to see it manifest “in disguise” through dreams and somatic symptoms. Amelia—who had what she called “uncontrollable” bursts of anger over everything from the significant to the most trivial—also manifested somatic symptoms, such as neck pain, even though she could express her anger, but not in a “reflective” way.

Through the therapeutic process, Amelia says in her notes about this case study that while she still experiences anger, she recognizes some of the underlying feelings beneath the anger—such as low self-esteem or a lack of self-confidence or her own perfectionism.

What this tells me about my own experiences of anger is that, on the one hand, anger can be very counterproductive—yelling at someone to convince them to give you what you need is simply not a good strategy, even if you have the authority to do so (i.e., a boss or parent). On the other hand, used as a tool for reflection, anger can help us get to deeper, more sedimented beliefs, world views, and emotions.

I think this is where Buddhist practice has much to teach us, because Buddhist practice suggests using reflection, but leaving the story behind. “I feel anger about x, y, and z” turns into “I feel anger” or even “I feel.” Once we leave the story behind and sink into the feeling itself, then we get to really get a visceral sense of our anger—the fierceness and desperateness and raw power of the emotion, rather than living in the intellectual gymnastics of reflection. Intellectual reflection is important, but it is not the whole story, because we are not just minds, but bodies as well.

We are also Beings-in-the-World, and our angry feelings don’t just affect us, but all those around us—those at whom we actually lash out, and those who bear witness, either immediately, or in the retelling of the stories, that keep our anger righteous and necessary and alive and stuck. To me, Chodron (2001) asks the most important questions of all about anger:

How many of us get angry when we are really trying to say “please love me”? And how many of us miss others’ pleas for kindness because we react to their outer hostility? (p. 149)