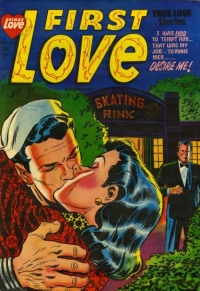 After hearing all the hype, my curiosity got the better of me so I read the trilogy. I wanted to see what was so appealing about this particular series that women were so captivated by it. Although I heard about the racy sex scenes and the allegations that the series was literary pornography, something in me wanted to dig a little deeper. After a few chapters of the book, which reads much like I would imagine a teenage girl’s diary does, I was convinced that there was more to the appeal than meets the eye. After all, if women were after a romantic and sexual fix, Harlequin Romances have been around for decades.

Kleinplatz (1996) describes the erotic experience as one that “values sexual pleasure for its own sake rather than as a means to an end” (p. 106). Sexuality is taught in our education systems as a means to an end—those ends being the consummation of a loving relationship or adding to one’s family. Girls and women are especially given strong messages about sexuality—good girls don’t have sex. Girls who DO have sex, especially with multiple partners, are viewed as “sluts,” while men are congratulated. Rarely is sex talked about in its most base terms—sex is actually enjoyable. Indeed, even with our outwardly liberal attitudes about sexuality, the reality of societal sexual attitudes is much more what Kleinplatz (1996) says: