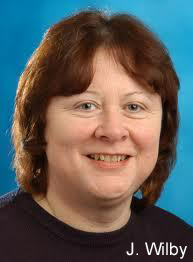 I attended the International Society for the Systems Sciences (or ISSS) conference this summer in San Jose, California, and I was fortunate to share the experience with a dear group of students and collaborators. I have been part of ISSS since 1999 and this scholarly community has been part of my “intellectual family.” Each year, in addition to the knowledge and insights that come from such a rich collection of plenaries, paper sessions and workshops, I find a lot of value in the re-encounter of friends and colleagues. This year had a particular twist for me—a feminist twist.

In the last few years, I have been seeking my own voice within the systems community. I have noticed some gaps and omissions. I have discovered that the discourse of systems thinking is not sufficiently systemic—yet. My bias comes from my culture and my gender. Being a Mexican woman means many things to me, but within the systems community, it means that I come from outside the boundaries of the origin of this scientific movement, which is at its core male and European. Last year, at the meeting in Hull, England, I gave a plenary talk titled “Beyond Systems Thinking: The Role of Love and Beauty in the Transformation of Our World.” The ISSS community is diverse, but I definitely felt that I went beyond the limits of what is considered “scientific” by some. Not surprisingly, those who expressed appreciation for my ideas were primarily women.

ISSS was founded in 1954 as the Society for General Systems Research by Ludwig von Bertalanffy, Anatol Rapoport, Ralph Gerard and Kenneth Boulding. Boulding served as its first president in 1957. For the next 48 years, all the presidents of the society where white males with the exception of Margaret Mead in 1972. In 2005, Debora Hammond became the second female president. Since then, we have had two more female presidents: Allena Leonard in 2009 and Jennifer Wilby in 2011. Although this is a good sign, there is still an imbalance in gender representation to put it mildly. Regardless of this, there are many feminine voices within the systems community that have contributed in significant ways to the society and the field.

There are two aspects that intrigue me about the role of women in the systems movement. First, the integration of feminine ways of knowing in the structures and processes that we use to conduct systems research and to share and learn from each other. A prime example of this was the conference organized by Debora Hammond in Sonoma State University. I had the opportunity to collaborate with her and a diverse team that she brought together to design the conference. Debora introduced several innovations: a strong connection between the global relevance of the annual conference with the current trends at the local community level, the integration of creative and artistic expressions as key components of the conference activities, and more participatory and dialogue-based processes to encourage collaboration and synergy. The experience of the Sonoma conference inspired future conferences, such as the one in 2010 in Brisbane, Australia, where the organizing committee created a progressive plenary that involved field trips to integrate an experiential component to the keynote sessions.

At its core though, the ISSS conference remains fairly traditional. The concept of the “week-long coffee break” conceived by past president Bela H. Banathy, Sr., and fully embraced in the bi-annual conversation events sponsored by the International Federation of Systems Research in Austria, has remained a peripheral approach for ISSS. There are many other professional associations that have fully adopted “unconference” format as a recognition that the desire to establish meaningful connections and learn interactively from each other is what brings people together.

The other aspect related to the role of women in the systems movement is the urgent need to balance the under-represented feminine perspective. There are many female systems scientists that need to be honored and recognized. The legacy of women in the community is important to encourage the new generations of systems scientists—both men and women—who will bring unique and diverse perspectives to evolve the field.

The move toward a more holistic science will require the integration of the masculine and feminine; the rational and intuitive; the intellectual and creative. A true systems science will include the whole of the human experience and the inclusion of more female voices is just a first step in the process of embracing the rich and diverse perspectives from the peoples of the world. It is time for systems science to translate ideas into actions; to connect minds, hearts and hands so that systems science can support the conscious evolution of humanity.