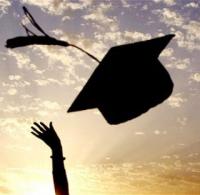 A mid-August posting by Jeff Selingo, editorial director of The Chronicle of Higher Education, described three key issues facing administrators in higher education in the U.S. What he referred to as the “trifecta” that had to be kept in balance involved “rising tuition discount rates, flat or falling net tuition revenue, and declining yield numbers.”

Translated, this refers to the number of students enrolling in colleges and the amount of tuition that each actually pays after accounting for institutional discount rates, or scholarships, fellowships, and grants, which reduce the net income colleges actually have to spend. Essentially, colleges and universities have continued to raise tuition rates in order to cover costs, but have had to discount the tuition actually paid in order to attract students who could afford to enroll—truly a problem of diminishing returns. Recruitment of foreign students who are able to pay full tuition has provided some relief, but is probably not a long-term solution.

The most sobering prediction in Selingo’s blog may have been that “if the current trends continue, every state will be out of the business of supporting public higher education by 2044.”

There are many parallels between the financing of education and the financing of healthcare. Neither fits a pure marketplace model well because neither involves straight seller-buyer transactions (with some exceptions). Both education and healthcare are as much societal issues as they are economic ones, so leaving them to be rationalized by the “invisible hand” of marketplace forces will not necessarily result in the outcomes that we want.

Interestingly, as much focus as there has been on the economy and jobs in recent political debates, there has been very little said about education with the exception of former U.S. president Bill Clinton mentioning it in his address to the Democratic National Convention this week. Healthcare has taken center stage because it represents a huge percentage of the mandatory spending in the U.S. budget. Apparently, education is discretionary, despite the potential impact on jobs and the economy.

The complexity of education lies largely in its connection to economics. There are, and have long been, proponents of education for its own sake. Thomas Jefferson apparently believed that effective democracy required an educated populace. Liberal arts colleges and programs have focused on a mix of humanities and science as a way to help students learn not just “facts,” but also learn to think critically and ultimately “learn how to learn.”

In declining economic environments, questions about the immediate utility and return on investment of education seem to take center stage. What is the value of education and for whom? Basic public education for children in the U.S. is not only free, but compulsory. That educational system worked well in preparing workers for factories jobs. Despite the political rhetoric, though, manufacturing is not likely to be the future basis for advanced economies—or at least not without some major economic adjustments that coincide. “Skilled labor” only needs to be skilled enough to complete routine tasks, most of which continue to be automated to greater extents. That work, then, either gravitates too many low-skilled workers making the least money, or to fewer workers with more skills, requiring less numbers of workers in total.

Businesses of all sizes have long relied on potential employees furnished by society, just as they relied on natural resources which could be mined or harvested. The thought of needing to create or renew them simply did not come into their equations. As the mismatch between people and jobs has continued to grow, along with the problems of educational funding, those old assumptions have to be questioned. What kinds of skills do people now need, both for work and as members of societies, and how should those people be educated? Who should pay for that, depending upon who needs or benefits from the education?

Another of the parallels between healthcare and education has been the lack of cost-offsets created by technology. Technological advances in manufacturing have tended to increase efficiencies, driving down costs over time. Healthcare and education have both incorporated computer-based technologies of various kinds, at great expense, but only to see costs continue to rise. Until we can reconcile what we want from both systems and what we are willing to do in order to achieve those ends, we will likely remain stuck in unresolved complexities.