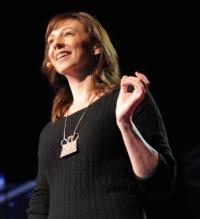 Susan Cain, perhaps ironically, has become the voice of introversion. She is the author of Quiet: The Power of Introverts in a World That Can’t Stop Talking. In January of this year, Cain wrote a provocative piece for the New York Times disparaging collaboration in our organizations as “the rise of the new groupthink.”

She even went so far as to question the value of brainstorming, which is the stock and trade of most organizational development practitioners. Since publishing her book on introversion, Cain has presented at the U.S. Military Academy at West Point and can be seen making a cogent and eloquent case against the marginalization of introverts at a TED Conference. As she herself describes it, Cain has become “an impossibly oxymoronic creature: the public introvert.”

Cain wrote another piece for the New York Times this past weekend about what she sees as the myth of the gregarious leader. Cain wrote, “Culturally, we tend to associate leadership with extroversion and attach less importance to judgment, vision and mettle. We prize leaders who are eager talkers over those who have something to say.” Ouch! It’s a nice turn of phrase, but can’t an eager talker have something substantive to say? Cain contrasted Bill Clinton and Barack Obama to illustrate how introversion and extroversion manifests in leaders. She wrote, “Introverted leaders often possess an innate caution that may be more valuable than we realize. President Clinton’s extroversion served him well, but may have contributed to conduct that almost derailed his presidency.”

To be fair, Cain is not bashing extroversion. If anything, she’s out to level the playing field. Cain sees a bias at work in the criticisms of Obama for preferring to socialize in more intimate settings. What does it say about us that, long after we’ve forgotten the clarity of Bill Clinton’s tour de force nomination speech, his charm will be stuck in our head like a tune we can’t shake? On the next night, Obama gave us substance; he warned us about the empty calories of a quick fix and demanded that we eat our vegetables. Cain may have a point about our biases. We may trust Obama more than Clinton, but in the end Clinton might be the reason some people go out and vote.

So should someone who aspires to be a great leader act more like an extrovert or more like an introvert? It’s a silly question. I’m wondering when the search for the elusive leader formula will end. In a recent article for Fast Company magazine, Gautam Mukunda, an assistant professor at Harvard Business School, wrote that leaders need to be both humble and confident. My own company recommends that leaders be facilitative. There are scholarly and not-so-scholarly perspectives arguing that leaders should be everything from accountable to zealous. Seems to me that these would be admirable traits for anyone.

It’s compelling to talk about the characteristics of our national leaders. The problem with deconstructing the person who aspires to lead is the implication that some alchemy of characteristics is ideal.