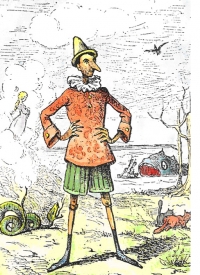 I was talking about behavior interventions with a group of host-home providers for adults with disabilities. I was explaining how we can change behavior by ignoring the undesired behavior, and rewarding or reinforcing the desired behavior, and especially about the ethics of doing so. Even disabled people are free to choose how they will be, including being dislikable. We need to be very careful about how, when, and why we intervene with the behavior of others.

One of the providers asked, “What about lying?”

Playing a hunch, I said, “Lying is not a moral issue.”

Hunch confirmed. Many people think when we take someone into our care we need to educate them about our moral system and get them to comply with it. This is a very dangerous route to take especially with people of disability. The danger is to their freedom to choose.

I went on to explain this. And, to further explain that everybody lies. We lie all day long. We lie for all sorts of reasons: social facilitation, trying to be polite, not hurting others’ feelings, guilt or shame, avoiding punishment, getting a better deal. You’ve never said your five-year-old was four to get the lower ticket price? Good for you. Everyone else on Earth has.

It isn’t right or wrong, it is just what people do. And sometimes it is dysfunctional.

No, lying is not a moral issue. It’s a relational issue.

Your kids will lie to you because they fear punishment or fear shame. If you do not punish them or shame them, there is so much less motivation to lie. Instead, we could create discipline by helping them earn what they want for behavior we desire and ignoring all but the dangerous or disturbing behaviors we don’t want. They might also lie about their accomplishments to get rewards. In this case, we can have a civilized talk about it, working on work ethics rather than lying, and the lies will go away on their own when the child is proud of their real accomplishments.

I advised this provider to examine how free the client felt. The client lied about his daily activities, knowing the provider would disapprove and then a lecture would begin. By changing the tone of those conversations, allowing the client the dignity of risk, perhaps it would begin to eliminate the need for lying.

Lately, there have been a spate of high-profile lies told to us by political candidates. Cynicism suggests this is not news, though news agencies treat it as such. Candidates have been lying for as long as there have been politics. And for all the reasons other people lie: shame, personal gain, and to avoid trouble, primarily.

They want us to like them enough to vote for them. With every aspect of their daily life in the wind, this can be a challenge. Moreover, there are more than three hundred million of us right now: you can’t possibly please everyone. Finally, each candidate must first win the extremist votes of their party and then the centrist votes of the rest of us.

Of course they lie. But it’s not a moral issue. It’s a relational one.

If Americans could sit still and listen gently, ask reasonable questions, hold people accountable to their previous positions, and keep the conversation about the job, wouldn’t our politicians have less motivation to lie to us? And when they lie for personal gain, shouldn’t we address our relationship to them?

In this case, we relate to them primarily through a political system that is badly distorted, if not completely broken. We are not sufficiently educated to participate; news agencies compound that problem with misinformation, and corporate speech and lobbying make our representatives beholden to other interests. These are the primary relational problems underlying the lying.

It’s not a moral issue. It’s a relational one.