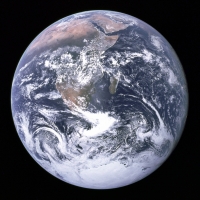 How does one become a phenomenologist? First and foremost, phenomenology is a way of seeing—it is a style of perceiving the world, others and one’s self. This style of seeing is a sensibility that can be cultivated by drawing upon the liberal arts in all their glory—not only the natural sciences, but especially literature, the arts, and philosophy.

The phenomenological attitude begins with a commitment to radically question the most basic, foundational assumptions of one’s perception of world, others and self. In the tradition of Descartes, the phenomenologist begins with a radical doubt in the metaphysical assumptions that have shaped the way we perceive and speak the world. But, in contrast to Descartes, the phenomenologist does not retreat into some kind of interior space inside the mind, but rather questions in a much more radical way the relationship between mind and reality.

Setting aside assumptions about the relationship of consciousness and world, the phenomenologist begins much more simply and directly with a description of how things are given in their very appearance as they unfold before us in our perception, without rushing to judging about their epistemological validity. This radical attitude, which is attuned to a raw, direct, existential, embodied contact with others and with things, is the phenomenological attitude—the epoché. Once we have cultivated this way of seeing, then it becomes much more possible to freely play with the appearance of things, and our role in the co-constitution of how other people, things, and even our “selves” come to have the meanings they have.

The free play with the meaning of things in our perception can move on, as Husserl taught us, and become an “eidetic analysis.” In this eidetic analysis, the phenomenologist cultivates the means for a critical realism, by which the essential meaning of phenomena are understood to reside in their existential, and culturally-historically situated, validity as interpersonal phenomena.

The emergence of an interpersonal meaning is a more ontologically valid understanding of what we attempt to describe by “objectivity,” but without the dualism imported by Cartesian notions of a subject-object dichotomy that has haunted epistemology for centuries. For example, interpersonal meaning is not indifferent, but, on the contrary, always appears through a moody understanding. The world is given as disclosed through love, anger, anxiety, sexual desire, fear, and so on. These moods are not distortions of reality, but ways in which interpersonal meaning comes into being as mattering in one way or another.

When truth is understood in this phenomenological way, we come to recognize that, when we face the sur-face of the world, and come to the deepest truths about it, these truths are transpersonal—these truths reflect, in other words, an empathic grasp of how other faces have taken in that same profile of the world in different and equally valid ways. The recognition of the truth of a phenomenon as it transcends our limited perceptual horizons, then, is to encounter the phenomenon with a deep understanding of how it may appear to others beyond ourselves. Phenomenology helps us to come to recognize that the surface appearance of things is only one dimension of their reality, and that, in truth, things and others as they appear also promise a rich depth that can be unpacked and unfolded to arrive at deeper insights about ourselves, others, and the things of the world.