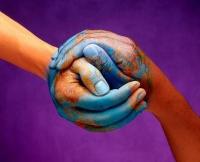 Evil has been part of our consciousness since time immemorial. Our global mythology captures narratives about evil in every facet of our evolution. Our religions provide specific treatment for this subject based on their own cosmology. Most of our understanding of evil comes from its manifestation as acts of violence and cruelty recorded not only in our history and news events, but also in our personal lives.

I grew up in the Catholic religion, and my conception of evil came from the teachings of the church and what I learned through books and the media. My first personal encounter with evil occurred in my 30s in my workplace. I was up for a promotion—the offer went as far as being communicated to me, but was not made official yet. A few days before it became official, I was called to speak with one of the human resource directors. A group of people led by one of my colleagues had raised a serious complaint about my ability to manage. This was a disturbing fabrication and one that I fought to reverse. After a fair amount of struggle, a chain of unpleasant events, and time, the truth became known and my promotion was awarded.

This incident affected me in a unique way and took me on a path of inquiry about evil. I could not conceive that someone would attack me in such a way without any provocation. People of the Lie: The Hope for Healing Human Evil, a book written by M. Scott Peck, gave me emotional solace I needed and an intellectual model about evil that has been extremely useful.  Since this experience, I have been acutely aware of acts of aggression and cruelty occurring around me, particularly at work.

Most of our information about evil comes from our mythology. By looking at our books, movies and other media, we could conclude that we are in a constant battle between good and evil. In fact, the Bible tells us that Lucifer, the fallen angel, started the practice of evil and has been supervising it ever since. In this theological context, evil is a parallel force to the one of “good.” This understanding projects a dualistic view of the world.

St. Augustine was the first Christian theologian to consider this cosmic dualism as heretical because it undermined the singular power of God. He introduced the concept that evil does not come from anywhere and that it is simply a name for the “absence of good.” This concept parallels our scientific understanding that darkness is the total absence of light. The metaphysical definition of evil by St. Augustine as the privation of good provides a foundation for modern scientific work in the area of empathy.

Dr. Simon Baron Cohen, a renowned physiologist and professor at the University of Cambridge, has dedicated much of his research at the understanding of empathy, particularly through the lens of autism.  In his book, The Science of Evil: On Empathy and the Origins of Cruelty, he connects empathy and evil using the latest research on brain dynamics, genetics, hormones, and the impact of the environment on behavior.  Baron Cohen posits that we are at the early stages of understanding the development of empathy and the impact it has in our world.  He considers empathy fundamental to our continuing evolution and the sustainability of our planet.

Empathy has been the subject of social psychology for many decades. Its popular manifestation as emotional intelligence (or EI) was introduced by Wayne Payne in his dissertation in 1985 and gained wide acceptance through the work of Daniel Goleman in the mid-1990s. Baron Cohen defines empathy as dual-mindfulness about the thoughts and feelings of others and our appropriate response to them.  Both, the mindfulness and response need to be present. When we are empathic we consider the thoughts and feelings of others in parallel with our own and act with total consideration for both.

Like St. Augustine, Baron Cohen places empathy on a spectrum where its absence, or zero empathy, can result in acts of cruelty. Through his extensive research he has been able to generate a scale that captures the pathology of individuals with zero empathy and varying degrees of increasing empathy. At the zero end of the spectrum, Baron Cohen distinguishes between negative and positive reactions.  Zero-negative empathy groups individuals with the greatest potential for cruelty. It includes people with borderline personality disorders, socio-pathology, and narcissism.  By contrast, zero-positive individuals fall in the autism range. They also do not exhibit empathy but, unlike zero-negative individuals, are not violent and for the most part do not commit acts of cruelty.

The rest of the population—or those who are non-zero in the spectrum—exhibits empathy in varying degrees. We all have capability of expressing empathy but may choose not do to so either temporarily or for prolonged periods of time. Also, drugs, alcohol and depression block our ability to be empathic.

In his research, Baron Cohen and his colleagues developed a number of observation techniques and tests to determine where in the empathy range individuals tend to operate. His conclusions are that most of the population operates around the mid-point of the scale with female empathy being a few points higher than that of males. At the mid-point of the scale means that we are empathic some of the time, but are capable of aggression. As in a traditional bell curve, there are individuals that are less empathic, being mindful of only their own thoughts and feelings, and individuals that are highly empathetic who naturally practice dual mindfulness most of the time.

How is empathy manifested?  In his research, Baron Cohen has been able to isolate 10 subsystems in the brain, including the anterior insula and the amygdala, which are active when we express empathy.  Functional MRI technology has been used to determine what parts of the brain are involved and to benchmark different levels of empathy.  Further, genetic investigation has led to the identification of four genes that are potentially responsible for the hereditary nature of empathy.

How does empathy develop? Baron Cohen attributes the development of empathy to genetic predisposition, hormones, and the environment. His research posits that genes play a role in passing on the level of empathy from parent to child. Also, the level of testosterone in the mother affects the developing brain in the uterus. Higher levels of this “male” hormone result in lower levels of empathy in the child. Equally important is the home environment. Highly supportive and loving environments provide the right conditions for empathy development. By contrast, stressful and fearful environments affect the formation of the child’s brain in such a way that the 10 centers responsible for the dynamics of empathy operate sub-optimally or not at all as in the case of the zero-negative individuals.

The subject of empathy is complex, but through the work of Baron Cohen and others we are beginning to understand it. As this researcher concludes, we have not completely uncovered all we need to know about cruelty but we have a better handle now. Imagine if at some point we could address the genetic predisposition to low empathy and the testosterone levels that may yield zero-negative individuals?  Also, education and socio-economic development could improve our home environments and positively contribute to the increase of social empathy. Imagine a world where we move our empathy bell curve several points over in the continuum. I think that would be a better world.