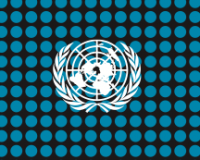 The UN Guidance for Effective Mediation, presented in September 2012 at a high-level event on the sidelines of the 67th United Nations General Assembly, is the first broad UN guidance of this kind available to mediators. It reflects the experience of mediators over more than six decades and was developed in close cooperation with United Nations partners including member states, regional and subregional organizations.

Mediation is one of the most effective methods of preventing, managing and resolving conflicts. To be effective, however, a mediation process requires more than the appointment of a high-profile individual to act as a third party. Antagonists often need to be persuaded of the merits of mediation, and peace processes must be well-supported politically, technically and financially. Ad-hoc and poorly coordinated mediation efforts – even when launched with the best of intentions – do not advance the goal of achieving durable peace.

The United Nations Guidance for Effective Mediation is designed to support professional and credible mediation efforts around the world. This concise reference document encompasses the wealth of experience of mediators working at the international, national and local levels. It also draws on the views of beneficiaries of successful mediation processes as well as those who have suffered from failed mediation attempts.

While all disputes and conflicts are unique and require specific approaches, there are good practices that should inform the approaches of all mediators. This publication aims to help parties to strengthen their understanding of effective mediation, and to assist mediators in maximizing the chances for success. I commend this Guidance to all those engaged in mediation or interested in this essential tool for the peaceful resolution of disputes and conflicts.

With armed conflicts trending upward and proving increasingly complex, the challenges are also mounting for mediators working to resolve them through negotiations. Guidance now available from the United Nations can help them to succeed, providing practical advice for navigating mediation processes effectively. The UN Guidance for Effective Mediation was initially released in August 2012 by Secretary-General Ban Ki-moon as an annex of a broader report on trends and capacities in conflict mediation issued at the request of the UN General Assembly.

The guide can be downloaded in English, French, Arabic, Russian, Spanish and Chinese.