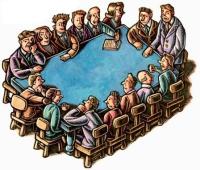 In the presidential campaign, I have been struck by how much the dialogue is about what people are “for” and how little we talk about how to do what we want. As if being “for” the right things led to a clear path to success. Indeed, our president is faulted for proposing the right ideas and making promises, but not being able to put them into action.

This is what Jeffrey Pfeffer has called the “Knowing/Doing Gap,” or the difference between knowing what you want to do and being able to do it. We respect leaders who have the courage to act on what they know is right. One of the first  and deepest lessons in my life taught me about how difficult it is to bridge this gap. Like many college students in the 1960s, my friends and I were critical of social services. I was a vocal critic of the lack of meaningful services that respected and really served young people. We even pointed out that while children were defined as young than 16 and adult services began at 18, there was not even a place where mental health and social support services were available for teenagers.

To my surprise, my mentor, who was head of the community mental health center (where I was a junior caseworker in the emergency service), agreed with us and gave us funds to set up a storefront mental health service for young people—runaways, drug users, and other disaffected young people. In one day, I was transformed from the lowest rung of trainee to head of a program with a sterling mission but no model, history or design, and not much budget. I was suddenly a “leader” and, almost from day one, I was pressured with demands for performance and expectations that I had no idea how to meet. Yes, I agreed with what “should” be, but I had very little idea of how to make it so.

I was faced with a team who all agreed on values, but were unclear on what to do, but also very vocal in sharing ideas of how to do things. Instantly, I experienced the isolation and pressure that beset a leader. I also learned that people who were not the leader, while vocal in what they wanted and frustrated by their inability to make it happen, would blame the leader as the “cause” of their feelings. They told me I had the power, but I felt powerless, paralyzed and confused, and, moreover, I had few people to turn to. Ever since, I have found it difficult to dismiss a leader’s intentions. Rather, my perspective is to try to understand the leader’s dilemma and how I can help them achieve what is needed. After my trial-by-fire experience, leader bashing is forever hard for me.

Our task was to design a new type of institution that would listen to young people and respond to their pain and frustration. Since I was feeling a lot of the same things, I should have been in a good place to be helpful to them. After a rough honeymoon, a group of us began to form a team and design our storefront clinic. We selected representatives of the people we would be serving and created what we would now call a “design team.” Our first discovery was that while we knew very well what we didn’t want—professional services led by distant psychiatrists who had power, but no idea of the reality of young people—we did not have a clear idea of what we actually wanted or how to do it. We began to look at the assumptions we were making about service and question them, and then stand them on end. For example, an assumption was that a medical professional was needed to help young people with technical matters. We turned that around and posited that young people who share a challenge were best positioned to help each other. We were anticipating the advent of peer counseling, modeled on organizations like AA and nascent drug abuse programs, which relied on “ex-addicts” as helpers. That was our initial model.

Now came the challenge to our integrity and our creativity. When we actually put this into action, we found that there was some truth to this idea of peer support, but also that peers were unreliable, inarticulate, not such good listeners, and prone to supporting self-defeating behavior. While we knew the traditional assumption was not viable from our experience of existing mental health services, we also experienced gaps in implementing the alternative model grounded in our deep beliefs. It was hard, but we began to design safeguards, training and challenge to the raw enthusiasm of our volunteers. Rather than psychiatrists, we sought out younger doctoral students in psychology who would train and even oversee the volunteer counselors. We also found a way to triage—simple ways to differentiate the callers and visitors who needed more intense help from those who needed simple support and access to social services.

We entered an organizational design process that involved trial and error, testing and questioning assumptions, trying new things, and willingness to admit that we were not getting the results that we wanted or expected. This was an organizational learning cycle, and was necessary because as an organization, we had a clear mission, but not a clear idea of how to go from knowing to doing.

Shift forward 40 years to today, we are in a world that represents new territory that is clearly not working. Yet the residues of traditional pathways, supported by rules, policies and legal strictures, keep us prisoners of the past. It is easy to know what we need to do. The challenge for leaders and institutions is not to be right, but to be able to loosen up what is being done to allow for experiment, new designs, and trial-and-error. Yet, instead, we make macro-shifts—government is good or bad—rather than looking at what we can do to make the public sector more responsive. Often the intention is undone by the reality of rules and practices that make the very outcomes that are intended nearly impossible to achieve.