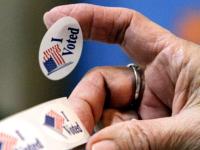 As I turned on the TV yesterday evening to watch the election results, I didn’t know what to expect. The polls were too close to give a confident advantage to either candidate and, given recent history, it was plausible that either candidate could have won. Reflecting on what emerged during the evening, I began thinking about what we could learn from the process of electing our president to support leading change in our organizations and communities.

Lesson 1: Ambiguity and the tension it creates supports greater engagement. Many of us remember the days when presidential elections reflected voter apathy. People found it difficult to discern differences in the candidates and understand how the election would make a significant difference in the way we were governed. Candidates were advised to seek middle ground as a way of gaining advantage thus narrowing the gap in their leadership positions. Barack Obama changed that sense of apathy in his first campaign as people became passionate about electing our first African-American president, a man who was not afraid to communicate his liberal perspectives. Last night, many questioned whether he could still rally his supporters, as the crowds and their calls for change had greatly diminished from the first election. What had increased, however, was the clarity between the two candidates, the perspectives they held, and the impact they would have on shaping the future of our nation.

Lesson 2: Calling people to participate requires leaders to provide access to information and the means to have their voices heard. Did the actions taken in some states to make it more difficult to vote change the election? My guess is yes, but not in a way that was not anticipated. When people who have a sense of freedom and are being called to participate see structures changing that curtail their participation, they will rise up. Leaders who want to empower others need to support them in ways that ensure all voices are heard, including dissenting voices. Any form of suppression will create backlash. Human rights granted in a democratic nation cannot easily be taken away.

Lesson 3: Leaders need to find ways to bring people together for a common purpose. This election makes me wonder if we have reached the tipping point as described by Malcolm Gladwell in his 2000 book, The Tipping Point, in our collective understanding of the challenges that we face from climate change and environmental sustainability. The storm that took place a week before the election and greatly impacted many cities and communities in the Northeast was a reminder of the challenges before us. These challenges will affect all of us. We are all in the same boat, so to speak, one that is leaking rapidly and requires our best thinking, planning, and ability to respond to the crises as they occur. We need to rethink, redesign, and rebuild in new ways that are in harmony with the laws of the natural world. We need diverse perspectives and ways of being to inform our work. Transformative change requires transformative learning which occurs through learning from difference. Our work in support of sustainability can bring us together around a common purpose and I hope all leaders see and embrace that opportunity.

Lesson 4: The power of social networking is changing the way we communicate and organize and leaders need to tap into this power. Technology has greatly changed our way of living and working over the years, but the rise of social networking is transforming the rules of the game. It is questionable whether economic advantage can trump the power of social networking. Maybe the days of political advertising will be over soon as there will be no real advantage of blasting messages across the airways. The results of this election showed very little change from the results of the previous election four years ago. Only a couple of the swing states changed color. Yet, billions of dollars were spent by both parties to get out their message. That money could have been used for a greater purpose—whether helping communities rebuild after the storm, supporting education, or helping people find work and move out of poverty.

We live in a time of great challenge and complexity. And, as many people are seeing it is also a time of great opportunity.  As both Obama and Mitt Romney stated in their speeches last night, we need to work together to create a better future. I hope our leaders in all our sectors recognize that the time has come to put aside their agendas and to engage diverse groups of people to discover new paths to creating a better future for all.

Read other posts by Nancy Southern