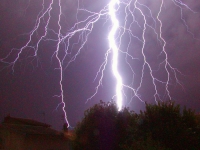 Editors’ Note: This series is dedicated to memory of Dr. Eugene Taylor, a founding member of the New Existentialists, whose inspiration and superior scholarship will serve as a beacon for current and future existential psychologists.

Despite this, existential psychology continues to be frequently misunderstood and misrepresented. In a recent issue of Psychology of Religion and Spirituality, a journal of the American Psychological Association, Jeremy Bartz (2009) published an article with numerous factual errors and misrepresentations of existential psychology (see Helminiak, Hoffman, & Dodson, 2012, for a critique and review of the errors). In the Bartz article, in addition to misunderstanding and misrepresenting the scholarly works of existential psychology, he did not reference any major works in existential psychology written since Yalom’s 1980 Existential Psychotherapy outside of other writings of Yalom and one book by Frankl (a second book by Frankl was inaccurately cited as being more recent). While Bartz did acknowledge that he was primarily focusing on Yalom, he ignored and seemed unaware of a large body of existential literature relevant to his topic. A significant problem such as this would typically be addressed in the peer review process, leaving one to wonder if the reviewers, too, were unaware that there is a significant body of contemporary existential literature.

I am pleased that the New Existentialists website has drawn contributions from many leading contemporary existential scholars as well as important student and early career voices that are destined to be the future of existential psychology. Many of these scholars are faculty at Saybrook University, which continues to be the leading force in training the next generation of existential scholars. However, scholars from across the United States and around the world have joined the project. Many of our contributors report that their contributions are being recognized and talked about when they attend professional conferences. I have also received emails and letters from many people across the United States and several other countries expressing their appreciation of the New Existentialists project.

For example, the recent series of articles on existential psychology and politics highlighted its relevance to important current social issues. Lisa Vallejos‘s article, for example, reviewed Kirk Schneider’s Experiential Democracy Project. Two articles that I wrote applied the concept of zhi mian, an idea recently introduced to existential psychology by Xuefu Wang, to our contemporary political challenges. There should be no doubt for any regular followers of the blog that existential psychology continues to be relevant in today’s world.

This article is launching a new series that will continue for several months on the future of existential psychology. These articles focus on opportunities for existential psychology as well as predictions regarding the direction it will traverse in the coming years. Already, many leading scholars from Europe, China, Singapore, and the United States have agreed to contribute to this series. Yet, we believe it is vital that we not just include the perspectives from established existential scholars. Often, students and early career professionals are able to see the blind spots and contemporary needs that are missed by those who have been long immersed in the field. We hope this series will create a dialogue of perspectives that will help us better envision where existential psychology needs to go. In other words, we intend this series to be more than a collection of opinions, but rather an active conversation that helps shape the future of existential psychology.

We hope that many readers will follow along with this news series and join the conversation through commenting on new posts; sharing these articles on Facebook, Twitter, and other social media outlets; and encouraging colleagues and students to follow along.

Yang, M. & Hoffman, L. (2011). Introduction to the special section on the First International Conference on Existential Psychology. The Humanistic Psychologist, 39, 236-239.

DON’T MISS PART ONE OF THE SERIES COMING NEXT THURSDAY IN THE NEW EXISTENTIALISTS!