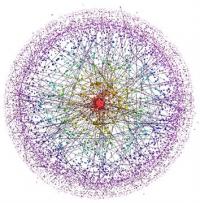 Sorting out complexity is, by nature, difficult. When we talk about complexity we tend to mean something beyond normal, regular, or average.  Even agreeing on definitions is problematic.

A search of the “systemspedia” in the online library of the Institute for the Study of Coherence and Emergence found 362 entries related to complexity. (Note that this is different than results from a general online search engine, such as Google, which may have little if any actual relevance.) The first reference for the first result cites Fernando Sáez Vacas’ 1990 definition, which provides this explanation for complexity:

The name we are giving to the condition of human beings, objects, phenomena, process, concepts and feelings because:

The primary reference to be used for this discussion is an article by A.J. Zellmer, T.F.H. Allen, and K. Kesseboehmer published in Ecological Complexity in 2006. In it, the authors echo what is described above regarding common assumptions about complexity: “The lay view of complexity identifies that complex systems have: many parts; many types of relationships between many types of part; emergence of new structure de novo; poor predictability; non-linear behavior to the point of chaos.”

One of the questions they pose rarely gets addressed in discussions about complexity. Essentially, is complexity a property of things in the world, or does it only describe a (possibly temporary) lack of human understanding about the things that we observe?

One of the more interesting points in the article is that Zellmer, Allen, and Kesseboehmer correct their own previous stance on the issue. As they explain,

Not only is this a rare demonstration of humility by a group of researchers, it is also an indication about the difficulty of the topic, and the fact that our understanding of it is still evolving. The revised description of complexity that they offer is based initially on the work of Robert Rosen, a theoretical biologist. (As a footnote, Rosen’s Anticipatory Systems was the first book published in the International Federation for Systems Research book series, and was out of print for many years.  It was republished in 2012, and is now available again.)

Amongst his many other contributions, in 1985, Rosen explained the modeling relation; the relationships between models and the natural phenomena that they attempt to describe. He used the terms natural system for the “real world” that we attempt to understand, and formal system for our models. Simply due to our human limitations we can never fully know a natural system. We have only what our senses and instruments can provide. The formal systems (models) that we build are even more limited, because we only include those aspects which we deem to be important to our interests at the time.  Models, then, are inherently incomplete, but can be useful to the degree that they help us to understand specific phenomena.

As Zellmer, Allen, and Kesseboehmer apply these concepts, using an example:

They then go on to explain,

In the view of Zellmer, Allen, and Kesseboehmer, then, complexity is resolved through agreed ways of understanding.  Paradigms provide us common ways of seeing the world (as imperfect as those might still be.) The process of scientific investigation, and the explanations (sometimes being formal models) which result, can be a part of developing that understanding. As Zellmer, Allen, and Kesseboehmer describe this:

They then make the bridge to the use of narrative:

By way of application, Zellmer, Allen, and Kesseboehmer provide two examples from ecology. One involves the restoration of salmon to the Columbia River, and the other the reintroduction of whooping cranes to the eastern regions of the U.S.  In both cases there were multiple, competing models of the problems and differing views of solutions.  The Columbia River project involved stakeholders such as ecologists, biologists, toxicologists, Native American groups, and wildlife managers.  (Many others could have been included.)  The point made by Zellmer, Allen, and Kesseboehmer, though, was most importantly that these individual models could not simply be rolled up into a larger, meta-model. Their solution was to allow all of the models, collectively, to contribute to a narrative which might lead to a common understanding and an agreeable solution.

There are valuable lessons to be learned from this work. As we move further away from situations which have, or even value, rigorous models, though, we often find people operating from untested assumptions and unrecognized paradigms. In the worlds of organizations and larger social systems, moving towards narratives of common futures gets increasingly difficult. Those with vested interests in gaining or maintaining power often seek to control larger narratives rather than participating in sharing them. As suggested by Zellmer, Allen, and Kesseboehmer, though, small, competing ideas will probably never add up to larger answers.  Each department in an organization working for its own benefit (using its own model) does not create a healthy corporation.  Adding up all of the different, vested interests involved in education, or healthcare, or any number of other challenges facing countries around the world, does not result in solutions. Moving towards grand narratives describing the futures that we actually want to create might provide the guidance we need.