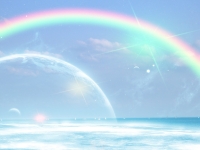 It is clear at the outset that what distinguishes the existential therapy is not what the therapist would specifically do, let us say, in meeting anxiety or confronting resistance or getting the life history and so forth, but rather the context of his therapy. How an existential therapist might interpret a given dream or an outburst of temper on the patient’s part might not differ from what a classical psychoanalyst might say, if each were taken in isolated fashion. But the context of existential therapy would be very distinct. It would always focus on the questions of how this dream throws light on this particular patient’s existence in his world, what is says about where he is at the moment and what he is moving toward, and so forth. The context is the patient not as a set of psychic dynamisms or mechanisms but as a being who is choosing, committing, and pointing himself toward something right now. The context is dynamic, immediately real, and present.” (p. 152).

When dealing with dreams, it is easy to get sidetracked into spiritual or metaphysical questions. Teaching introductory psychology classes, at least one person in every class wonders aloud what it means if one of their dreams seems to predict reality, or they encounter their dead relatives or friends one night while sleeping. No theory of dreaming presented in any of the texts I use really mention any such phenomena except to dismiss them out of hand, and so I do try not to go there.

We talk about dreams as organizing the day’s experiences or as random bursts of neural activity as a consequence of simple maintenance activity, and we talk briefly about Freud and wish fulfillment. Considering the amount of energy Freud put into describing and analyzing the dreamscape, the half a page I get in one class seems pretty inadequate. The theory that dreams, which tend to be unpleasant, are practice for our short, brutal lives gets just as much space.

I would contend that it does not matter. When we awaken in the morning with a fresh dream at the front of our mind, whether it was a random series of images or something more Id-driven does not matter. In either case, we have told ourselves the story, either by stitching those random images and sounds together into a comprehensible whole or by remembering selectively the parts of a whole and congruent story that we glimpsed from the Royal Road.

And as May suggests, above, the techniques we use at accessing or creating the meanings of the dreams are not so important as our intent while doing so. One way is to look at the dream on various levels. The first is the inherent, explicit content. This might seem most attractive at first to the existential practitioner. It does not break up the mind into segments or assume you are capable of fooling yourself—it takes you, and your dreams, at face value.

So, if someone has a sex dream, and wants to talk about it, the subject at hand is dreaming of sex. Sex does not become a metaphor for closeness or death or control, it just is what it is. Much of our time might be spent in the here-and-now experience of this dream: what is it like to relive and explore this dream here today? How do your feelings change as you relate it? We may or may not get into things like what the dream means or what we are trying to tell ourselves, and we might not provide any interpretations.

May (1983) generally does not use the term “therapist” as he does in the quote above but says “analyst” instead. In his time and place, psychotherapy had arisen from psychoanalysis, and basically all therapists were analysts. American analysts of his time questioned many of the core tenets of analysis but continued to practice therapy as analysis. Students such as Yalom would make this more explicit, producing a style of therapy that seems from the outside much like psychoanalysis with death replacing sex as the primary repressed fact of life.

So May is not apt to object to providing interpretations while many more modern therapists might be more careful about contaminating the dreamer’s views of the dream. My own therapist was Jungian and was much more concerned that my thoughts of my Self be contaminated productively than that they remain pure, for which I am grateful. His views of my dreams tended to suggest a conciliation between conscious and subconscious. That I don’t really believe in his systems and constructs doesn’t seem to have mattered a great deal.

If May were here to participate in the argument, he would likely say, as is suggested by the last lines of the above quote, that whether or not you offer any interpretation matters much less than your reason for offering it. Is it to illustrate some system to which you are attached, or to help ground the person in their own existence, their own responsibility and choice?

The next level is to dig into the symbolism of dreams, their so-called latent content. At this level, the dream is not what it portrays explicitly. It is a construction of the subconscious mind, and the subconscious mind protects the conscious mind from things it doesn’t think we can handle. When thinking about something unacceptable to the conscious, that thing is transformed into some dream symbol. Death might not be an obvious death figure like a skeleton or a coffin—it might be a clam in a garden. The clam represents the coffin, the garden the fertile soil to which we all must return. Winkling out the meanings of these various symbols is made doubly difficult by the fact that no symbol is in common for every person. Not every unacceptable concern is represented the same way.

As an existentialist, I find myself increasingly scornful of this level of analysis. Humanistic psychology has one of its tenets the idea that we do not split people up into parts, that a subconscious that undermines the conscious mind is not a meaningful or helpful construct. So too this level of dreaming suggests more than one person living inside the client, some of them lying to others. While we are all to some degree different people in different environments, this seems to lead us away from the ideal of helping the client stand in her place and time as a unified whole, a single being with a single future they must carve out of the alternatives that face them.

A third level of analysis is the recognition that all of the dream occurs within one’s own imagination. Each element of the dream is created by that person. Therefore, they represent the person to some extent. If I dream of stabbing my cat, I am me, the cat, the knife I use for stabbing, the room in which the act occurs, and so on.

At this level, again the person has been broken into pieces. These are all shadow-selves, fragments of self that might have something to say to the whole self, the dominant potentiality. Getting their input and asking them to join the whole person can seem eerily like working with multiple personalities, requesting an integration while knowing each is terrified of annihilation.

At the same time, this can be used to help show the person, if they are just the right one for this type of therapy, that they are in fact one person. A human pulled in many directions, perhaps, with sometimes ambivalent feelings and difficult needs, but one person who has to stand here and now. A human who can choose, again, between these many potentialities, become the one the most want or need to become.

We have to be careful about gripping any system too tightly. May (1983) goes on to quote Boss, who suggests Freud was not the clear and perfect mirror he wanted to be. Freud was so preoccupied with his systems and fitting people and their problems into these systems that he could not see the human being as they were. May calls this a problem of being too technical, of moving from the ontological study to a system of theories in which the person is lost. Hold too tightly to the idea that the client is the knife and the cat and the room and you risk losing the person to whom this dream happened.

This is probably where our efforts will be most fruitful as existential therapists. We can explore without systems or undue prejudice what it means for this person to have and relate this dream at this particular time. Just as we can use cognitive-behavioral methods to try to annihilate feelings or to center them more fully in the person’s existence, we can use dream work to break them down into pieces, impose our systems upon them, and watch them conform to our expectations, or help them stand where they are, experience the dream as part of a whole life lived by a whole person.