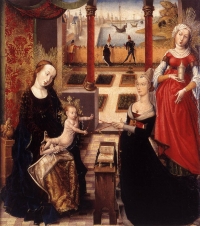 Women and sexual behavior is a topic that greatly fascinates many in our society. In the last 50 years, we have been witnessing an ongoing sexual revolution for women. Women have increasingly rejected the roles that have been cast on them by society and have taken a much more liberated stance to their sexuality. In the 80’s, Madonna shocked people with her music, on-stage behavior, and clothing. Now, what Madonna did in the 80’s would be considered mild. However, the cultural constructs that have been placed on women have not changed much and women are still often categorized in two polarities: the Madonna and the Whore.

Kirk Schneider (2008) proposes that one of the main goals for Existential Humanistic psychotherapy is to assist people in finding freedom and liberation and to “reoccupy” aspects of themselves they have forsaken (p. 38). Schneider sets forth a model of experiential liberation that has Expansion on one end of the continuum and Constriction on the other. In the case of women’s sexuality, the Madonna represents Constriction while the Whore represents Expansion.

The Madonna is the cultural ideal that is held up for many young women. Women are taught to be virtuous, pure, and proper. The Madonna, we are told, is the girl a man wants to “take home to Mom” and who is the marrying type. Women are told from an early age that good girls don’t have sex, and if a girl does have sex, her value is diminished. The Whore, on the other hand, is the girl that every guy wants to sleep with but whom he would never be seen in public with. The Whore is the sexually indiscriminate woman who is extremely experienced but is viewed as “easy,” “slutty,” or “dirty.” The cultural double standard for sexual behavior in men and women can be seen in the perceptions of celebrities with similar sexual histories. Most people don’t blink at a man who has had many sexual partners while women who do the same are vilified.

Sexual behavior, like most, if not all, human behavior is on a continuum. In this case, the poles are the Madonna, who is sexually constricted and the Whore, who is sexually expansive. Although arguments can be made for either of these positions being the better, it is my position that the goal is not simply to park oneself on either end of the continuum but rather, to freely choose the position one occupies. In certain situations, the Madonna may be a more appropriate side while in others, the Whore might be best. A healthy sexuality is one that is mindful, deliberate, and is neither overly constrictive nor expansive. The Madonna who is unable to engage with her Whore side is cutting herself off from many wonderful experiences while the Whore who is unable to engage her Madonna is doing the same. Schneider (2008) describes expansion as a “bursting forth and extending” while constriction is “retreating, restricting, isolating” and centering as “the capacity to be aware of and direct one’s constrictive or expansive possibilities” (p. 39).

To reoccupy oneself, it is important to acknowledge the presence of both the Madonna and Whore and to practice both expanding and constricting with the ability to remain centered. Both constriction and expansion are necessary parts of the vivified human existence when engaged willfully and thoughtfully. True sexual liberation is the ability to choose to leave behind old patterns of thinking and acting, and to live from a centered and solid sense of self.