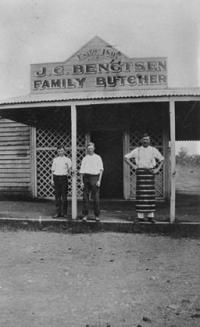 I have been interviewing family owners of large global family enterprises that have sustained the family wealth and positive connections over several generations. One member of the 4th generation of a family–now numbering more than 100 family owners–reflected on her experience of going to annual family business meetings for nearly a half century! At first the meetings were information sessions, where the paternalistic family leader presented the news of the business to passive family owners. Over time, while family members were always proud of the values and long-term commitment to employees and community of the business, the family became disengaged from their connection to the business. They showed up but felt no connection to the business, and felt they had no voice.  A new family CEO, seeing that family owners had begun to stop even attending the annual meetings, began a process of involving family members in governance. They convened a family council, that educated family members about the business, and the board of the business solicited their input about what they wanted to see. While only a few family members worked in the large and increasingly diverse family enterprises, the family was concerned about the values held by the companies, their role in the community, and was willing to forego short-term profit distributions for reinvestment in the company.

The family owners act very differently than the shareholders of a public company (though a family controlled business is often a public company). While as cousins living in different places they are not intimately acquainted with each other, they feel a shared connection to their heritage and share some common values and a shared respect and trust in each other. In many ways, their relationships reflect a Chinese concept of guanxi, a sustained network of respect and obligation, where they are available to help and support each other through ties of tradition, respect and obligation. The family has a set of values they apply to the business that include profitability, but also obligations to employees, suppliers, customers and the community they live and work in. These values go back several generations, and were instilled in them by their great grandparents. Rather than seeking short-term returns, the family sees their investment as also having an obligation to sustain future generations. Their sense of the business is as a trust, of stewardship, responsible not just for today but for many stakeholders, including those of future generations. They govern the business with a sense of balance to all of these stakeholders.

Our study has interviewed family owners of nearly 50 large family enterprises, many of them lasting more than a century so far, who have passed their values and legacy across several generations. They have seen a shift in the past two generations from paternalistic leaders, who ran the business for the family members, to greater engagement and participation by increasing numbers of family owners who are creating an active community of family owners who use the family wealth and enterprise to express shared values and fulfill obligations to current and future generations and communities. They have moved from paternalistic management to a more democratic, engaged and participatory form.

The values and intentions of the owners of these large family businesses present a great contrast to other public companies, which face pressures from shareholders for immediate returns that serve to deplete the long-term capability of the enterprise. For example, the Smucker, a food company for more than a century, is a public company where the family has majority control. A family member has always been the CEO, and the company has adopted a very clear statement of values, that every corporate decision must reflect. Even when they acquire other companies, as they recently did in buying JIF peanut butter, and Folgers Coffee, they come to the acquired company and explain their culture and values orientation, and ask the new employees to come on board.  Executives from the entering firms have been enthusiastic in their response to this management orientation.

Consider the difference between a family company whose board is concerned with providing a good return to several constituencies, including employees and the community, with a company that simply wants to provide maximum immediate profits to its larger shareholders.  For a short period of time, it is probably more profitable. The difference is that the owners are not united in any additional shared community of values or mutual obligation, and therefore the company Is not able to take on any of these values. If a company CEO or leader wants to fulfill these long-term values, they may face a reaction or even a rebuff from their board of owners. The recent creation of a B-corp. form of corporate charter that allows a business to operate with a more long-term and explicit set of values opens the possibility of non-family companies taking this stakeholder perspective.

While there are value-based companies that are not family owned, and family companies that do not operate from a set of shared, long-term values, I have come to view the two models for a company as two approaches to capitalism competing in a global marketplace. Many countries have a firm base of family-owned or controlled companies that express these shared values, in contrast to large multi-national public companies who have a more limited ethic and definition of responsibility.  Many, perhaps most, public companies have begun as family enterprises and over time, as they are acquired or seek additional capital, or as family members want to redeem their shares and diversity, they shift to become public corporations with widely dispersed and disengaged ownership. Frequently having to give up or losing their values commitment in the transition, as the family is no longer around to speak for the values, and the new investors do not share them.

If a substantial percentage of the owners of a company do not subscribe to shard values for their company, then the company has to adopt a more limited set of goals, emphasizing short-term returns. Leaders have a hard time making the case to short-term owners to sacrifice their immediate profits for broader or future opportunities. The owners do not expect to be around. But in a family company, the owners share a legacy where they can enjoy the fruits of the business, but they must do so with the awareness that they have inherited the business from their parents in trust for future generations. As a member of the Hermes family observes, “You don’t inherit a family business, you borrow it from your grandchildren.” You have an obligation to not remove resources that endanger the future success of the company.

As the world changes with increasing speed, family owners know that they cannot sustain a single business forever. Family owners in industries that are maturing, or face technology shifts, have to steer their family business in new directions. The families in our study are rarely in the same business they were in a generation, let alone a century ago. As the family looks to the future, those that are successful learn that they must become entrepreneurial and adapt, diversifying and starting new businesses, rather than continue to follow tradition. Thus, legacy family business must adopt, or even sell, their business, if the family is to retain its obligation to future generations. The families in our study have been able to let go of tradition when necessary to continue to achieve their values of family obligation over generations.