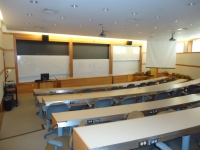 When I think back to my college education, I consider it a small wonder that I ever found my way to existential psychology. My undergraduate psychology department as a whole was hostile to the threat of philosophy encroaching upon their discipline. One professor even announced to my cohort that psychologists do what philosophers merely think about. As a teacher, I have taken great pride in providing access to existential forms of psychology. I feel that it is crucial to the future of existential psychology for incoming college students to know the potential benefits of an existential orientation to psychology straightaway.

In preparation for the 2013-2014 academic year, my colleagues and I at Brookdale College have begun reviewing introductory textbooks for a potential new adoption. Thus far, I have reviewed more than a dozen such texts, and the process has given me pause for thought. As an existentially oriented psychologist, I have noted six fairly common fallacies that dissuade students from thinking existentially about psychology. These fallacies are as follows.

First, anyone who is not a materialist is a dualist (or vice versa). Introductory psychology textbook authors seem to have a penchant for characterizing the discipline as empirical based on a materialistic “refutation” of Cartesian dualism. Either Aristotle or John Locke will be cited in this regard despite the fact that their versions of empiricism are literally worlds apart. The student is presented with a false dilemma: one is either an empiricist (which is misleadingly identified with epiphenomenalism or materialistic monism) or a dualist. This hides the fact such “empiricism” is actually a bastardized form of dualism (DeRobertis, 2012a). As a result, the student is precluded from discovering a genuinely existential approach to human experience and behavior.

The second fallacy is that Wilhelm Wundt is the founder of psychology because he opened the first psychological laboratory in 1879. As banal as this sounds, this patently false fact (e.g., William James opened his laboratory in 1875) insinuates that psychology is primarily or ideally a laboratory science. “Empiricism” is associated as strongly as possible with the laboratory setting to promote the aim of becoming another version of the natural sciences and rest upon the technological ideals of quantification, causal explanation, prediction, and control.

Yet, Wundt himself ultimately denied the possibility of psychology becoming a natural science! Moreover, controlled laboratory experiments have their weaknesses like any other research method, not the least of which being the artificiality of the laboratory. This is especially hypocritical for psychologists considering the fact that literature reviews, surveys, and correlations are far more commonplace forms of data collection than laboratory research in the discipline as a whole. To claim that psychology is ideally a controlled, experimental, laboratory science implicitly devalues more existentially oriented research goals, such as those that focus on understanding human behavior and mental processes in ways that are sensitive to meaning, quality, embodiment, cultural context, and individual life circumstances.

Another way of saying this is that psychologists on a grand scale have misidentified empiricism with British Empiricism and its offshoots. The term empiricism comes from the Greek word for experience (empeiria). It refers to knowledge gained from experience. In science, we are held to a higher standard wherein empiricism comes to be associated with rigorous methods that allow us to observe and analyze phenomena in a disciplined way.

However, there is nothing inherent in the idea of empiricism that privileges the technological goals of positivism over those that allow one access to the very being of those under study. Empirical is not equivalent to quantitative, and when existentially minded psychologists refuse to make such a strict identification, they are not being unscientific. They are methodologically pluralistic. What is never mentioned is that William James attempted to found American psychology on the basis of a radical empiricism, which entailed an intuitive, reflective, qualitative approach to observation and data analysis. Sadly, this third fallacy provides the flawed logic that tells students that positive psychology is inherently superior to third force forms of psychology.

The fourth fallacy is that there is an official scientific method that drives science and scientific psychology. It is amazing that this idea is still presented as gospel so many years since Thomas Kuhn. Yet, there it remains in virtually every introductory psychology textbook chapter I have seen. Major developments in science regularly occur due to the fact that the thinkers responsible for them “decided not to be bound by certain ‘obvious’ methodological rules, or because they unwittingly broke them” (Feyerabend, 1993, p. 14). The steadfast commitment to telling students that there is a single and dominant scientific method privileges hypothesis testing models, thereby covering over the spontaneous, inspired, creative impulses that make science and life emanate from the same source: the real life existence of the person doing science. J. H. van den Berg (1972) once noted that hypotheses emerge when the disciplined description of reality has fallen short. He was advocating for an existential-phenomenological approach to knowledge acquisition in psychology that our introductory students would thus be forced to conclude is not scientific because it does not adhere to a set of virtually fictitious guidelines.

The fifth fallacy of note is that one must choose between nature, nurture, or their interaction when studying the processes of human development. Debates over nature “versus” nurture have a long history. Introductory textbooks now happily report that the debates were premature, and that nature and nurture are often involved in a series of subtle and complex interactions. What is overlooked is that the very distinction between nature and nurture is unfounded and outmoded (DeRobertis, 2012b). More importantly, students are nonetheless presented with a conceptualization of human growth that leaves no room for the spontaneous, creative contributions of the person as such to his or her development. The very being of the human existent, his or her immanently meaningful, existential presence to the world-with-others-alongside things, is simply glossed over.

Finally, the most pervasive, garden-variety fallacy in introductory psychology textbooks is that every human being responds to two separate worlds: an external, objective world and a paradoxical internal world of neural tissue and “subjectivity.” This notion is simply taken for granted despite the fact that it falls apart under the scrutiny of critical thinking and philosophic analysis. The idea is often promoted most vigorously in chapters on consciousness and sensation.

The two-world viewpoint has lurked in the background of modern psychology from its earliest days and gained significant strength upon third force psychology’s loss of power after the close of the 1970s. It has only been since the 1990s that notions of embodied and extended cognition have slowly emerged on the psychological scene. At present, numerous approaches to neuroscience are gradually working their way out of the confines of the cranium, such as those that go by names like nonlinear, neurophenomenological, enactive, cultural, social, interpersonal, and even existential (e.g., Iacoboni, 2007). Nonetheless, none of this is represented in introductory textbooks. For the introductory psychology student, Being-in-the-world is not yet an option.

Today’s guest contributor, Eugene M. DeRobertis, PhD, is an Associate Professor of Psychology and the author of several books on existential-phenomenological psychology and child psychology.