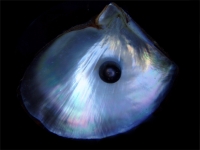 Nostalgia seems to be a universal phenomenon. It is the feeling and sensation that lets you know that a deep cord in your heart is being struck by some cherished memories. While the question of cultural difference in approaches to nostalgia has not been explored in psychology, we can deepen our appreciation of this phenomenon by consulting poets from other cultures. After all, poets should know about matters of the heart; and poets from foreign lands can even shed new light on our existential realities.

The richly painted zither, for no reason, has fifty strings;
Each string, each bridge, recalls a burgeoning year.

As the plaintive tune of the bygone years is being played by the fingers of his memory, Li unleashed a series of imageries of nostalgia, two of which are especially striking:

By the vast sea, the moon brightens pearls’ tears;
At Indigo field, the sun warms jade that engenders smoke.

From these lines, we learn to distinguish between two types of nostalgia—both are associated with loss, but one entails inconsolable sadness; the other a sadness tinged with happy reminiscence.

The inconsolable sadness has to do with an irrevocable loss that leaves the grieving interminable, like tears that will never run dry—tears that can fill the vast ocean, and turn into pearls like those shed by the weeping mermaids in the South Sea. The memories associated with these images feel cold like the bright moonlight that adds shimmer and gleam to the ocean and the pearls, but no warmth. By contrast is another type of nostalgia that feels warm and cozy, like the jade buried deep in the ground, is now getting toasty warm under the sun, giving out a bluish vapor that hovers over the Indigo field famed for the production of this precious gem.

The poet’s nostalgia details two flavors of loss. One marks an absence that is made eternal by the grieving heart, the other marks the power of a special kind of memory that brings a smile to your face, and quickens the blood flow as surely as the warm sun that bring to life and luster the cold jade buried deep in the bowels of the earth. Which kind of nostalgia do you have? To mourn the absence with a sadness that is a measure of your undying love, or to cherish the presence in its absence with the gratitude for a gift, the sweetness of which you can still feel deep in your bones? Having the capacity for one is blessed enough; having both kinds of nostalgia is what makes life a richly painted zither that plays beautiful tunes.

Today’s guest contributor, Louise Sundararajan, Ph.D., Ed.D., is a past president of the Society for Humanistic Psychology/APA Division 32 and the 2014 recipient of the Abraham Maslow Award.