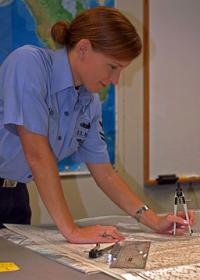 I’ve taken an interest in the topic of strategic thinking from both a research and a practitioner perspective. I’m currently working on a training program for mid-level leaders to help them develop their strategic thinking capabilities as they move from functional management roles into general management roles. One tool that I’ve included in the workshop design is Scenario Planning.

Scenarios, in the context of strategy formation, are vivid descriptions or narratives of conditions projected to exist in the future. Scenario planning gained notoriety in the period between the late 1960s and the mid-1980s, primarily in Europe. While Americans during the same period were busy trying to predict the future, a group of strategists with the Royal Dutch/Shell corporation began experimenting with the idea of describing a variety of possible futures in order to challenge assumptions that seemed to preserve the status quo. Historians of scenario planning often invoke a “wind tunnel” metaphor to describe how strategic decisions were subjected to various scenarios in an effort to see which flourished and which floundered. Scenario planning gained legitimacy when Royal Dutch/Shell famously anticipated the destabilization of the Middle East and the rise of OPEC.

In one important respect, the two methodologies differ, and it’s the difference that presents an opportunity for scenario planning. Design thinking and innovation make liberal use of prototypes and experiments in order to learn about the effectiveness and applicability of proposed solutions in relation to insights about user needs. Scenario planning has no comparable process element. At first, it seems obvious that one can’t conduct an experiment in the present to evaluate the likelihood of a potential future. On the other hand, if we change the criteria by which we’re evaluating scenarios, maybe we can design ways to dip our toes into future ponds.

Thomas Chermack in his 2011 guidebook, Scenario Planning in Organizations: How to create, use, and assess scenarios, recommends asking if the scenarios are relevant, plausible and challenging of the status quo. In design thinking, an experiment or prototype is always developed in order to answer a question. The question directs the designer’s attention so that something can be learned from each prototype. In the same way, questions can be developed for scenarios, which might lead to experiments that would help us assess the relevance, plausibility and degree of challenge represented by the scenario.

Here’s a simple example to illustrate how it might work. Let’s say we’re in the pizza business. We’re on a task force to develop scenarios describing the future of pizza consumption in order to “wind-tunnel” a variety of strategic options. Our task force, after researching, analyzing, and envisioning comes up with a variety of scenarios including one we titled, “Pizza Subscription.” The Pizza Subscription scenario is based on an assumption that there will be a decline in the availability of raw ingredients, causing a spike in food cost that erodes our margins. In order to avoid passing the costs along to our customers, we envision an offer that encourages people to sign up for a year’s subscription to pizza. We deliver a standard pizza on a prescribed schedule, which allows us to anticipate inventory and collect money in advance to offset the impact of the raw ingredient costs.

The question for our pizza company scenario planning task force becomes, “How can we design an experiment to test whether the Pizza Subscription scenario is relevant, challenging, and plausible?” The first thing we need is a research question that will guide the design of the experiment. How about, “What discount would be required for a customer to consider committing to and paying for a year’s worth of pizza?” We could conduct research to answer this question and have a bit more information about plausibility. Perhaps we could develop a different question that would help us understand the relevance of our assumptions about the availability of raw ingredients in the future.

Scenario planning is not about the quality of your prognostications. The real value is the work required to develop a variety of scenarios that force decision makers to surface their assumptions about the future. Scenarios also help organizations become more agile. An organization that has thought through a variety of possible futures can react more quickly in the presence of indicators suggesting the emergence of a trend that the organization had anticipated. Borrowing a page from the design thinking playbook might result in scenarios that feel less like fantasies and more like testable hypotheses.