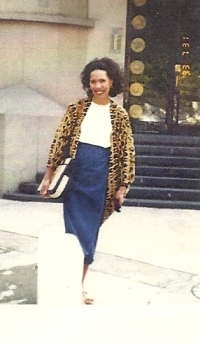 Anne and I met at the gym 18 years ago when I was fortunate enough to choose an exercise bike next to the one she was peddling. We soon became fast friends. We worked out at the gym, did volunteer work, went shopping, visited museums, talked on the phone, and enjoyed one another’s company. Most of all we shared our deep cares, concerns, and what we hoped for the future—for ourselves, our children, our families, our country, and our world.

Anne died last November after struggling with Alzheimer’s disease for 10 years. Because I had gradually been losing the Anne I knew and could imagine how difficult it was for her and those who loved her, I viewed her death as deliverance. However, I was not prepared for the grief I felt when she died. I was thankful when her sons and family held a memorial service for her because it provided an opportunity to celebrate her life, what she meant to us, and say our final “goodbyes.”

In my work over the years as a career counselor, I have always stressed that people’s “careers” or “roles” are not necessarily synonymous with who they are. I once heard someone say, “If you are what you do, then who are you when you stop doing it?” I think these can be wise words of caution. Yet, for some, their values and purpose are so intricately woven into the fabric of their being, that multiple careers and life roles are examples of who they are and what they represent. Anne was one of these people.

Anne’s occupations as social worker and anthropologist informed who she was as a teacher, mother, sister, and friend. Anne applied her background in social work and anthropology to make life better for people—whether she was doing field work in Namibia, studying female heads of households in New York City, or thinking of how she could help her children, family, and friends create meaningful lives.

I knew Ann for several years when she shared her story of marrying a Nigerian, getting divorced, and getting her sons back when her ex-husband took them to Nigeria. Her story showed her bravery and love for her sons when she travelled twice to Nigeria to get them back, against all odds. I will always regret I did not have a tape recorder to capture her story—it would be a best seller.

Despite her frustration and deep concern for her sons, she viewed her experience with an anthropologist’s perspective. Her son, Solumna, was the first son of a first son. She understood how important it was for father and son to have a relationship. And, if some people perceived her ex-husband and occasionally her oldest son as overly self-assured, well they were just acting with the confidence Ebus have. They thought they had the answers for everything, knew how the world should be run, were successful, and often right.

Anne knew how to “frame” things so she could enlist people in others’ development. She told me how her son, Nmutaka, had been having trouble in school and with his teacher. Anne met with the teacher and told her, “We share a sacred trust to ensure this child develops to be the best person he can become.” I remember Anne laughing as she told me the “sacred trust” part—she believed it, but she was framing her concerns to get the cooperation she needed from the teacher. It worked.

Because Anne was very modest, there were things I did not know about her until her memorial service. I did not know that she had volunteered in the Civil Rights Movement and helped organize the famous picket against Woolworth’s policy of racial discrimination. When Anne lived in Nigeria, she was forced to flee the country due to the crisis that preceded the Nigeria-Biafra War. I did not know that once back in New York, Anne helped set up the Biafra Relief Services Foundation where she worked as a volunteer. Nor did I know Anne went to Gabon in West Africa where she provided assistance to starving children and women in refugee camps.

Anne was my dear friend and we did what dear friends do. She patiently listened to my worries and concerns. I once heard that people will pay for therapy because therapists are willing to listen to their problems—over and over and over again. Anne probably saved me thousands of dollars I would have spent on therapy because she was a dear friend who was willing to listen. She was patient and always framed my irritations with a social worker’s perspective.

If I thought people made poor choices, she would point out that perhaps more needed to be invested in their human capital. Or, she would stress the importance of “safety nets” for our most vulnerable populations. Anne seldom judged others harshly. About the worst Anne would say about a situation or a person’s action was, “That is beyond the beyond.”

At her memorial service, Anne’s brother-in-law, a doctor, referred to Alzheimer’s disease as a “thief in the night” who robs us of who we are. Once when I was visiting Anne, a sensitive young man who directed the Memory Impaired Unit where she lived, addressed her as “Dr. Okongwu.” I was touched by his respect—especially as he had never known Anne the social worker, anthropologist, researcher, and humanitarian.

Because she was a social worker and anthropologist, I know Anne would be concerned about the problems people with Alzheimer’s and their caregivers face and the problems this disease poses for our culture. According to the Alzheimer’s Association, there are more than five million people in the United States with the disease. By 2050, that number could triple. It is estimated that 1 in 3 seniors die with Alzheimer’s or other forms of dementia. After age 85, the risk of having Alzheimer’s reaches nearly 50%. In one way or another, this disease will impact us all.

I feel blessed to have known Anne as the person she was. Even after Anne was diagnosed with her disease, I noticed her concern for her fellow patients when I visited. As her sons said, “Her concern for the welfare of others and her smile were the last aspects to depart.”

How can one conclude a tribute to someone so special? To someone I have missed and will continue to miss? I think I will simply say, “Thank you, Anne Okongwu—social worker, anthropologist, mother, sister, teacher, and my dear friend.”

Okongwu, A. F. (1996). Keeping the show on the road: Female-headed families surviving on $22,000 a year or less in New York City. Urban Anthropology and Studies of Cultural Systems and World Economic Development, 25(2), Human Rights and Social Welfare Policy Reform: Views from the Field, 115-163.