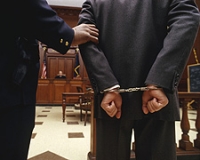 If you want to run for public office, you have to be tough on crime. The people demand it, sometimes stridently. In an unsafe world, we need to feel safe. We want guns in our homes, armed guards in schools, and criminals in jail.

Sometime in the 1980’s during Reagan’s administration, tough on crime seems to have become tough on criminals. We react—and overreact—to crimes especially of violence with a bloodthirsty mindset. Execute them! Cut off their hands! Make them do useful work for society—make them slaves! This is an outgrowth of the personal responsibility movement exemplified by Ayn Rand’s works. Maybe you are poor and have no recourse but to steal, but when you steal, it remains your responsibility. Sometimes the poorest law-abiding people are the angriest at criminals, because the law-abiding have chosen not to get ahead through crime and are therefore offended by those who ignore their examples.

The science, though, is against tough on criminals as an approach. Punishment is not really very effective at eliminating any behavior in an organism. Punishment or its threat can drive the behavior underground, but it will reemerge later, especially when the punisher’s attention is averted. Additionally, punishment has certain costs: it sours or ruins relationships, for example; it coerces behavior rather than eliciting free behavior; and it damages the punisher.

Crime has been dropping fairly steadily since 1980, with both violent and property crimes seeing smooth declines (US Census Bureau, 2012). Rape is the only crime for which the rate is currently higher than 1980, but even this statistic—while troubling—is down from its high in 1992 of 109 incidents per 100,000 people. The rate today is 88 per hundred thousand.

Consequently, our famously high incarceration rates have been dropping from a high in 2007. At the end of 2011, there were 1,598,780 Americans incarcerated, a rate of 492 persons per 100,000 (Carson & Sabol, 2012). There is more to the story than simple crime and punishment, however. Owing to a severe recession, some states (notably California, our nation’s #2 incarcerator) have instituted early release programs to manage their budgets, and sometimes to deal with prevalent and persistent overcrowding. In addition, certain laws have changed, making some crimes less punishable. For example, the Fair Sentencing Act eliminated much for the disparity in mandatory sentencing for first time crack versus cocaine use, and eliminated the mandatory five-year sentence for first-time offenders (Carson & Sabol, 2012).

This is the sort of reform that can help eliminate certain kinds of crime—make things less illegal. Reform of our nation’s ineffective drug laws could save us billions of waste dollars in the War on Drugs and, at the same time, help reduce rates of drug abuse. The Finland model, for example, has be very successful. Drug use—but not sales or importation—has been decriminalized, and users are sent to treatment rather than prison. Humane action is saving lives.
Looking deeper into the crime statistics, some of our problems remain endemic. Black Americans, while constituting 14% of the U.S. population, make up 36% of incarcerated individuals. Being Black and especially a Black male is strongly predictive of unemployment, poverty, and incarceration. Not coincidentally, white-collar crime is almost universally perpetrated by non-Black Americans. Sentencing and facilities for these types of crime are notably out of proportion to the reach and harm of these sorts of financial crimes that affect many people at once as opposed to the sorts of non-white-collar crimes that typically affect only a few people at a time. If you are Black, you can expect to be judged guilty more often, handed a stiffer sentence, and sent to a tougher prison or jail than if you are non Black, and especially than if you are White.

Changing drug laws would especially affect Black communities. Black Americans were convicted of 105,600 drug offenses in 2011, while White Americans accounted for just 69,500. This is a gross disparity in prosecution and conviction rates that may or may not be reflected in usage rates.

With few exceptions, the number one predictor of crime is poverty. People are most law-abiding when they have what they need to survive. Black Americans are the most likely of us to live in poverty. Poverty is one of the conditions leading to our rates of crime and incarceration. Social injustice is another. If one grows up in a neighborhood where one is likely to be stopped and frisked by the police because of the color of one’s skin, for example, it might be hard to see law and order as holdable values. When the purveyors of law and order seem belligerent, judgmental and unreasonable, it is difficult even to be motivated to report crimes when they happen. The tendency for people who live in poverty to pay little or no money in property taxes makes schools, funded in large part by these taxes, institutions of organized racism. Black people tend to go to poor schools and White people tend to go to better ones. Schools in historically poor, Black neighborhoods might be little better than demilitarized zones, centers of gang activity and drug trafficking.

We might shout at people via our Facebook page that it is a crime God has been taken out of schools, or that we are enraged by people who refuse to recite the Pledge of Allegiance as being made to do so violates their civil rights. Perhaps of more concern is that social justice has been removed from schools, and we have so marginalized certain segments of our society that they have no special feeling for America or its flag.

We are in the midst of a crisis of social injustice. We systematically deprive people of opportunity and safety, and then blame them for doing what they must do to survive. We punish them harshly and call for more and more severe punishments. These punishments and the capricious manner in which they are meted out do nothing to solve the problems of crime we so fear, and everything to perpetuate them.

Punishment is not effective at the level of an organism or at the level of social engineering. In this country we value freedom, perhaps even over-value personal liberty at the cost of responsibility. At the same time, each of us is in danger of wanting more freedom for ourselves and less for others. This obsessive limiting of the freedom of others perversely and sharply limits our own freedoms. A generation of men without hope for participation in our economy have created a shadow economy based on guns, violence, and prostitution. This is why CNN and Fox News and MSNBC can nearly every day fill your mind with visions of violence, with fear that limits your freedom to put your weapons, your defenses, aside, to love one another, to be free.