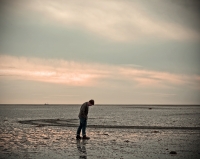 In reading the many beautiful and profound words that have graced these pages thus far during the last three months in The New Existentialists Future of Existential Psychology series, I have been struck by how many of the writers and practitioners have spoken of various aspects of existential psychology and psychotherapy, but few have looked at how existential and existential-humanistic psychology have been relating to the other schools of psychology found in the mainstream.

I’m wondering how many of us perceive of ourselves sometimes in a bit of a bubble.

I confess I am often guilty of that, comfortable in my academic/professional communities at Saybrook University and the Society for Humanistic Psychology/APA Division 32 and the Existential-Humanistic Institute, and even abroad in the Society for Existential Analysis in England. In last week’s installment of the Future of Existential Psychology series, Jason Dias spoke of the some of the joys of being part of the existential backwater.

My experience, however, has been less joyful. Lately, I’ve had the occasion to encounter many “mainstream” psychologists in my local geographic region, through networking events, or even just by chance. And I have been shocked at what I have found.

One psychologist who heard that I believed in “treating patients as humans, rather than diagnoses,” as I tried to sum it up for her in a sound bite, responded, “Well, isn’t that method kind of quaint and outdated, especially in this age of managed care?”

Quaint and outdated? To treat someone as a human being?

In a chat with a small group of female psychologists, over wine and cheese in a very posh apartment, each complained to the others, with all but me nodding vociferously, about the “horror” of what Obamacare would potentially bring them. It would cut into their current patient base of the “worried well.” Not only that, they would have paperwork! Oh, the paperwork. This was why they refused to treat Medicaid patients, they said. Too much paperwork. Let the needy go to the emergency rooms if they needed help.

When they asked me what I thought of all the impending possible changes to their livelihoods because of Obamacare, I asked them if perhaps their fear was not a bit premature, since nothing had happened yet, and we still don’t know exactly how this is going to play out, two or three years down the road. One simply said, “Thank God I’m retiring soon!”

When I walked into the classrooms of Regents College in London more years ago now than I prefer to count, and first learned that there even was an existential psychology, for even with my Ivy League education and a master’s degree under my belt, I had never heard those two words used together, my life changed irrevocably. Of course, my first thought was that how could such a thing as existential psychotherapy exist, and if it did, it might look like encouraging clients to follow in the footsteps of Meursault in Camus’ The Stranger. Not a happy prospect.

But that misapprehension was quickly corrected, and I learned about choice, responsibility, bracketing, relationship, authenticity—what it actually means to Be-in-the-World with other people, how we all impact one another, even in our absence or lack of action. That existential psychology was more about being than doing and more about presence than parlor tricks.

When I took this knowledge, and the clinical experience that followed, back home, I found no home for my work. I thought I had found a beautiful way of working with people—that honored their humanity and individuality, that respected them, that treated them as equal partners in the quest to find a way to work with their unique collection of struggles. Instead, I found a psychological community that only wanted to know from APA accreditations and cognitive-behavioral trainings, but would settle for psychodynamic if it came from the “right” people and the “right” places. If you even used the word “existential” on an application or cover letter, you might as well have told your potential employer you do blood-letting with leeches.

Recently, one of my teachers said to me that he thought that existential and existential-humanistic psychology were actually becoming more mainstream because some of their ideas were seeping into psychodynamic and behavioral practices. Maybe that is true in some places, but I have not seen it where I live.

To me, the challenge of existential psychology and psychotherapy is multifold. Not only do we need to train more new psychologists to understand and appreciate the basic principles of existential practice, but we need to dispel the myths about existential-humanistic practice that are still quite pervasive even among practitioners. Furthermore, we need to get the message out to the public to tell them that this option, which promises to respect their humanity and honor their individual experience rather than put them in diagnostic or psychopharmacological boxes, is available. If more people in the public demand this kind of psychology, perhaps more psychologists will heed the call.

And it is a calling. Existential psychology is not a 9-5 job. That was one of the first things I learned. Being an existential practitioner necessarily changes you because you engage so deeply and honestly with your client in a real relationship. Everyone is changed in a relationship. What happens in that consulting room might carry over for weeks or months or years. Or it might not. But as an existential psychotherapist, you have to be willing to engage. If you are only in this for a paycheck, a minimal amount of paperwork, and an early retirement, perhaps this is not the field for you. If you want to lump all your patients into the category of the “worried well,” with no respect for their individual struggles, perhaps this is not the field for you.