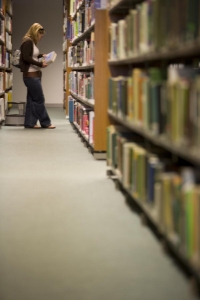 Carpe Diem has never been my motto.

Trained as a journalist starting in the seventh grade, I somehow got it into my head that what mattered most was the immediate looming deadline. Thus, I became one of those people who worked best under deadline pressure. In college, I wrote 20-page research papers overnight on typewriters (yes, I’m dating myself). Granted, I had already obtained the research materials in advance, but I did not put anything together until those last 12 hours before class.

Some people would simply call my style “working best under deadline pressure,” while others, more clinically and diagnostically minded like to use the loaded term “procrastination.”

And yes, I’ve been accused of procrastinating on all sorts of things during my life—from school work to spring cleaning to the day’s dishes. But usually these tasks all got done in their own time.

So imagine my surprise at reading an article by Eric Jaffe in May/June issue of the Association for Psychological Science’s Observer detailing the latest research in the psychological science behind procrastination.

In the article, Jaffe (2013) states that procrastinators tend to have “higher levels of stress and lower levels of well-being.” He further says:

True procrastination is a complicated failure of self-regulation: experts define it as the voluntary delay of some important task that we intend to do, despite knowing that we’ll suffer as a result. A poor concept of time may exacerbate the problem, but an inability to manage emotions seems to be its very foundation.

The problem, Jaffe says, has nothing to do with time management but rather everything to do with what the researchers call a gap between intention and action. Jaffe quotes one researcher, Timothy Pychyl of Carleton University, in Canada, who says, “You know what you ought to do and you’re not able to bring yourself to do it.”

Earlier studies, which emphasized the role of time management issues, seem to now be superseded by a more complex view that also considers this role of emotions. Jaffe reports that Pychyl, for example, gave 45 students a pager and tracked them for five days leading up to an important deadline. The pager beeped eight times a day, at which point the students reported their level of procrastination and their emotional state. Pychyl found that when the tasks became more challenging, students put them off in favor of more pleasurable activities, but also paid a price, reporting high levels of guilt. Jaffe says that Pychyl realized that the students who procrastinated “recognize the temporal harm in what they’re doing, but can’t overcome the emotional urge toward a diversion.”

Jaffe reported that another researcher, Fuschia Sirois, of Bishop’s University in Canada, noted the harm that comes to the procrastinator’s “future self.” She says:

The future self becomes the beast of burden for procrastination. … We’re trying to regulate our current mood and thinking our future self will be in a better state. They’ll be better able to handle feelings of insecurity or frustration with the task. That somehow we’ll develop these miraculous coping skills to deal with these emotions that we just can’t deal with right now.

This idea of procrastination becomes even more interesting when we look at it from an existential perspective of how it impacts the here-and-now—the present moments of our experience. Here, we have to restore some importance to the temporal issues in procrastination. Polt (1999) very succinctly explains Heidegger’s concept of everyday time:

In everydayness, Dasein is absorbed in its dealings with the ready-to-hand. It awaits the results of its dealings, retains its equipment and past situations by keeping track of them as necessary, and makes present its current situation by paying attention to what it is producing and achieving. … Our future and our past, then, are meaningful to us in everyday life because they are relevant to our current practical concerns. (p. 107)

From Heidegger’s point of view, the here-and-now is necessarily informed by the past and future, and this is clearly relevant in the case of procrastination. In my own personal experience, knowing that I could write a 20-page research paper overnight did not discourage me from doing it again—I retained the memory of those past situations when I could achieve these things in short amounts of time and counted on them working out again in the future. Thus, that became my modus operandi. Never mind the amount of stress that accompanied it each time—that would have been present regardless of how much time I spent.

Jaffe says that researchers generally conclude that procrastination is maladaptive. But would you say that it is maladaptive for all the journalists who must write on incredibly tight deadlines because of breaking news, no matter how much preparation they might do beforehand?

Ultimately, I think we must remember that we are all individuals with different, unique sets of experiences and learning styles. What is maladaptive for one person may be incredibly useful and productive for another. And what one may call procrastination may be another’s way of being in the world.

Jaffe says that at the end, Pychyl sees procrastination as wasting time as a most precious resource. But if the work eventually gets done, and one person chooses to have more pleasurable or simply other experiences in the process, isn’t that their right as humans to choose how to use their time? We all make have to make choices, even if we put off some of those choices until tomorrow.