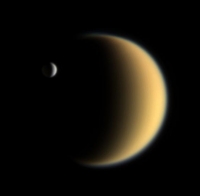 What is a polarized mind? It is a mind stricken with one absolutist point of view, to the utter exclusion, even demonization, of all others. The polarized mind is, in its way, the great “mistake” of history, and yet we repeatedly fall into its clutches. We see this lapse every day—in the streets, the suites, and the battlefields; in the psychiatric clinics, the factories, and the shrines; and because of our potential for technological destruction today, the polarized mind may be even more dangerous than in our primordial past.

The polarized mind can appear as bigotry, bullying, tyranny, vengefulness, and arrogance. It can also appear as addiction, compulsion, and recklessness. It is found in fields as diverse as governance, religion, and science, often hidden in plain sight until rearing its ugly head in the morning headlines. In my latest book, The Polarized Mind: Why It’s Killing Us and What We Can Do About It (University Professors Press, 2013), I explore why and how estranged killers, corporate swindlers, bullheaded ideologues, and notorious leaders and their followers have become repeatedly polarized throughout history, why it’s problematic—even dangerous—and how we can begin to understand and undo it.

Drawing on existential depth psychology, I contend that psychological polarization is a pervasive human plague—a psychological antidote to deep-rooted fears of the smallness of our lives in the face of the vastness of existence. To put it another way, polarization is sparked by a sense of cosmic insignificance, heightened in times of individual or collective trauma. Beginning with ancient history and traveling up through modern times, I address destructive ideologies and power structures that people have created in order to defeat their feelings of helplessness. These destructive ideologies and power structures are exemplified by the excesses of Ancient Greece, the Christian Empire, the British Empire, Maoist China, and Nazi Germany, as well as the virtual collapse of the world banking system in 2008, corporate greed, and radical stances on nationalism. I also provide examples of historical cultures that have embraced the mystery of our existence, rather than feared and denied it, and thus have worked toward peace and empowerment rather than crushing domination. Among these cultures are the great philosophical (and nondogmatic religious) traditions of the West, the awe-based paths of the East, and the Arab Spring.

In order to combat polarization, I offer steps to address it through what I call “awe-based reformation,” based on accepting and embracing the mystery of our being, including:

•    Learning to raise “awe-grounded kids”; enabling them to experience sadness, disappointment, and anger as well as wonder.
•    Decreasing existential panic in ourselves by developing the capacity to be both vulnerable and bold; fluid and yet centered, as the situation demands.
•    Strengthening substantive self-esteem through encouraging ourselves to pause, slow down, and recognize that we are a part of something much greater than ourselves
•    Learning to distinguish between fear-based and awe-based revolutions and movements

More on this book can be found on my website at kirkjschneider.com or amazon.com.