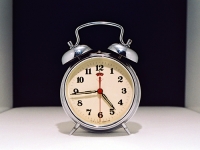 It is easier to engage with the distractions than with the things that really need doing, making it hard to do the work until the work is an emergency. What if the work is never an emergency – such as just reflecting on life or exercising or kissing your children? Sarah Kass takes this on, too, in Distracted Doing. Facebook and email are ever-present distractions that kill not just our productivity but our pauses.

Pursuing this existential theme more deeply, we might come across Pink Floyd’s classic song, Time. The lyrics are provided here at the end of the article, as they take up a fair amount of space. The two particular lyrics I would like to draw your attention to here are “Fritter and waste the hours in an offhand way,” and “No one told you when to run—you missed the starting gun.” This song, released in 1973, is about iPhones and Facebook and all the other things we are killing ourselves with.

And we are killing ourselves with them. All the time we spent sharing Facebook memes we might have spent composing ballads to our loves, writing grants for a non-profit idea, teaching our children how to fish, painting something, helping a poor person, writing to our mothers. Living. Add up all the wasted moments. This is time you did not live but did nothing. Frittered away the time, offhandedly, like it didn’t matter.

Frank Herbert noted that wasting a person’s time is a form of violence. If I shoot you, I have taken away all the time you will ever have. But if I keep you in line filling out forms, waiting four hours for your new driver’s license, the same violence has been done. The only difference is in degree.

And when you fill all your time with these nothings, you are doing the same to yourself as Herbert’s bureaucrats. You are committing a form of suicide in which life is taken out of the middle of the span rather than from the end. You are ghostly, wraithlike. Maybe one day you will awaken from the electronic stupor as Waters and company suggest, wishing you had had more to say. You can’t regain your squandered youth, you can’t go back and be a go-getter in your career, and your alienated children won’t come back to you and be children again.

As Kass notes, there is an upside to procrastinating. Some of us do our best work at the last minute—which is why I’m pushing against the deadline with this blog post. I learned in graduate school that I need the pressure of the deadline or I lack all motivation and ability. Papers turned in ahead of time were always my worst grades, and tests I studied for I either failed or squeaked by on.

The guilt is the thing. I intentionally leave my work now until it is due. I know I will sometimes pay a cost to unforeseen events—computer crashes, other emergencies—but I take this risk knowingly. And the benefits are significant.

It is the guilt, the attempt to engage the work we aren’t ready to do, that leads us off into the activities of procrastination. Then we play Farmville for an hour, feeling worse and worse as we go. Rather, it is possible to wait on purpose, and then choose the way we will spend the time between now and the last minute, guilt free.

That might be a conscious choice to log onto Facebook. The things we do mindfully are less wasted time than the things we do mindlessly. We can fritter freely sometimes, and there is some value in doing this. But the starting gun fired when we were born, and now is the time to run.

Racing around
To come up behind you again

Shorter of breath
And one day closer to death

Every year is getting shorter
Never seem to find the time

Hanging on in quiet desperation
Is the English way

Home
Home again
I like to be here
When I can