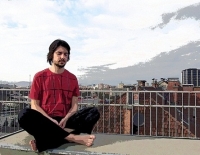 Palpable existentialism, also called Experiential-Existential Therapy (Madison & Gendlin, 2011), crosses Eugene Gendlin’s “Philosophy of the Implicit” and its Focusing practice with the spirit and basic tenets of the British School of Existential-phenomenological psychotherapy. Among other emphases, it encourages us to make space in our living so that the weight of existing assumptions and concepts do not smother new experiential thinking that might emerge from our own and our clients’ nascent “knowing.”

Gendlin is careful not to just set himself up as another expert; he wants his philosophy to point us back to ourselves, what he says is empirical and not another doctrine. You do not need to understand why his method works or what Gendlin thinks it reveals about human existence. On the other hand, you probably do need to distance yourself from critical arguments about why fresh thinking is not possible, or how an unclear body sense can only lead to irrational confusion. You cannot approach this practice conceptually. You need to actually do it, and then you can assess its value. This is “conceptualising from the body not about the body.” The method is not only a powerful form of therapeutic encounter but also a practice for translating felt experiencing into language that can contribute to conceptual knowledge and practice innovations.

The intention is to help break the hegemony of received meanings so that the source of thinking can be found.  As existential therapists, we don’t want to just think with, and live in, the philosophers’ conclusions. How did they derive their conclusions? How did they think? We can have what they had, stand where they stood, and think from the implicit ground of human thinking. In a sense, isn’t that what makes them “existential?” Of course, that grounding is not separate from our experiences, our existing language and culture—it has those, and more, implicit within it and that is why explicating our bodily experience eventually gives rise to new insights and new concepts about situations we know well.

Palpable existentialism involves shifting attention from what we think we know to a more vague bodily sense of not-knowing. It is sustained through an attitude of openness to what it actually experienced through our being-in-the-world. It is descriptive, not interpretive. It treats each aspect of phenomenon as equally valid, suspending preconceptions about what is worthy of attention.

The body is much more than a physiological machine or a container for culture or a passive spectator of our living and thinking. Instead, we can encounter the generative potential of the lived body. The body is there when you read philosophy and theory, and when you work with clients. The body constantly synthesises and responds to these work situations creatively. It (you) knows (is) these situations implicitly and it (you) knows when you are experiencing something that has more intricacy than received theories can account for. You can feel the unclear edge of wanting to add something that is slightly different from what is already known.

The body is a source of “thought”; it has a palpable role in the process of thinking. Following Gendlin, I want to redefine thought as involving the body. Thinking is not about rearranging concepts in the brain. Thought involves experiential steps that are felt in the body, and the development of concepts that continue to resonate experientially. We don’t want concepts that only relate to other concepts—we can generate insights from our actual living that relate back to that living and carry it forward. This is the same process that moves our clients forward in therapy.

Gendlin realized that he was doing a kind of phenomenology, but a phenomenology that came back to experience after it formulated something from experience. He was discovering that there is a kind of unformulated experience that can be pointed to—an experience that is not itself just another formulation but implicitly includes everything that we have previously formulated and lived. There is something coming freshly that is more than fixed content and symbols (something that is not itself a “thing,” see Madison & Gendlin, 2011).

Your own “palpable” living becomes the concrete place to check anything that arises in your thinking or anything that is postulated in theory or philosophy. Theory, or philosophy, or anything that is already explicit is not itself the ground of your living or thinking. After all, if those ideas in the library were ever original, it means that fresh thinking happens somehow—and if it happened once, back then, then it can happen now through you. Like right now—you probably already feel something in your body about what I’m writing here. That feeling is worth paying attention to, it will elaborate and correct what I have written here. Your clients can likewise take anything you say and assess it using their own bodily experience.

In existential therapy, we can say a lot about the body and still not really be in touch with it. It is ironic that philosophies about embodiment can engage our intellect only! We have body philosophies but how do we actually dwell with our bodily being? Where do these philosophies come from if not from the body, yet we rarely go back to this implicit source itself.

I am proposing a form of existentialism that relies upon your own experience, as it is concretely felt in your body. It is not a form of existentialism that is fundamentally conceptual. It does not rely upon you first understanding Sartre, Heidegger, Camus, Merleau-Ponty and then applying these philosophies to your life and your work with clients. It relies upon the primacy of you connecting with your own experiencing process. Then you can read those authors, with explicit attention to your body, constantly asking yourself—is this true for me? If we try to live within existential philosophy we remain students of the “existential tradition” but not existentialists. To be an existential psychotherapist means, from this view, to be experiential. Existentialism is palpable.

In summary, there is now a practice that offers a subtle sensitivity to our own and our clients’ ongoing experiencing during sessions.  This experiential-existential practice reminds us that we already have or are the constant laboratory for investigating what embodied human living is. Received wisdom is of great value, but only if we are there to respond to it.

Further Reading to support thinking from your experience:

Gendlin, E.T. (2010) “We can think with the implicit, as well as with fully formed concepts.” Forthcoming in K. Leidlmair (Ed.) After cognitivism.

Today’s guest contributor, Greg Madison, PhD, is an existential psychotherapist and psychologist, and has recently joined City University (London, UK) as senior visiting lecturer and honorary senior researcher. He has written and co-edited books and articles on Existential Migration, Focusing-oriented therapy, Existential Therapy, and contemporary topics related to psychology and society. He is a Certifying Coordinator for the Focusing Institute and co-editor of Existential Analysis. His website is www.gregmadison.net.