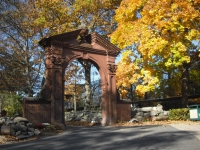 Jitendranath Mohanty is one of the preeminent living phenomenological philosophers, an expert in Husserl’s phenomenology. He studied and taught in Germany, France, and the US with key people in the tradition including Hans Georg Gadamer, Paul Ricoeur, Hanna Arendt, Aron Gurwitsch, and Alfred Schutz.

Amedeo Giorgi is one of the pioneers of qualitative psychological research and founded the first phenomenological psychology program in the US at Duquesne University where he taught for 25 years, after which he taught phenomenology at Saybrook for an additional 25 years. I knew how highly Giorgi has esteemed Mohanty’s philosophical work for the past 40 years—they dialogued frequently in the past, and Giorgi contributed a chapter to the festschrift volume in honor of Mohanty’s scholarly career, The Empirical and the Transcendental: A Fusion of Horizons.

I was preparing for this year’s conference of the Interdisciplinary Coalition of North-American Phenomenologists, a scholarly group of philosophers, psychologists, and other human science researchers. I knew Giorgi would be attending this conference at Ramapo College in Mahwah, NJ, and I invited Mohanty to do so as well. He surprised me by accepting the invitation, and I quickly asked if they would be willing to participate in an informal panel discussion at the conference. They agreed, and the video is Part One of that event, which I filmed. Dr. James Morley of Ramapo College moderated the panel.

Mohanty and Giorgi: Phenomenological Philosophy and Psychology, part one from Marc Applebaum on Vimeo.