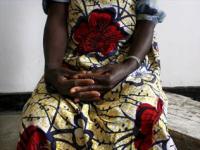 Part I of this article provided some background and understanding of the prevalent culture of violence – especially sexual violence – against women in Kenya citing examples from Mwangi’s essay Silence is a Woman along with statistics from other sources. Her essay throbs with a seething theme of silence. My interest in the topic of silence stems from my personal experiences and how it has shaped my life as well as other women’s lives as informed by the cultures we are immersed in as global communities. As an Action Researcher, I am also interested in silence which continues to weave in and out of the web of complexity that embodies most social systems I interact with. Notably, of special interest to me is silence’s role in sustaining the deeply entrenched patriarchal structures that are embedded in the myriad visible violent behaviors and cultural artifacts along with the invisible values, assumptions and beliefs that are embodied in our cultures.

My interest in exploring the anchoring crux of silence that makes it an ever-so-powerful tool of oppression, repeatedly slaying the souls and voices of women and men who, although they know that what they see, what they hear, what they feel, what they taste and what they smell is inhumane, still choose to stay silent. Stay silent when 7-day and 3-month-old babies are ferociously sexually violated by adult men or women. Stay silent when a teenage girl is mercilessly and repeatedly gang raped as in the cases in Dandora – where some men abduct girls in broad day light sometimes from a public transportation vehicle in the full witness and presence of adult passengers (male and female) who only watch as she kicks and screams her heart out for help – which never comes! The only voices she probably hears are her desperate cry for help and the dreadful taunting of her abusers. The only touch she feels is perhaps that of her assailants tearing at her clothes, flesh and the core of her soul – while everyone else just watches or looks the other way some perhaps silently justifying her aggressors’ actions as often is the case in rape victim blaming… “she asked for it” or “she deserves it, look at the way she is dressed.”

On the contrary, I also recognize that some by-standers perhaps remain trapped and uncomfortably cocooned in their silence because they do not feel safe to move a finger or lift their voices out of fear of the wrath of the unknown. The unknown having been created into a flesh-and-soul-eating monster that gnaws at the hearts and souls of family members, friends, relatives and other people that are our community – our fellow human beings that believe that they must suppress their humanness in order to be safe by conforming to the status quo! A status quo whose heart is a culture of silence. They say silence is golden. Where is the gold and who has seen and benefited from its value? OK, I understand. Perhaps its value shows up as safety. I understand.

Mwangi, in Silence is a Woman, invokes an aberration that is typically regarded as an extremely effective way within some African communities for women to make their grievances heard. An act of defiance and form of nonviolent direct action to break the silence of the privileged and dominators that have perfected the art and science of ignoring women’s VOICES. She notes, “Kenyan women have been laying their bodies on the line for years. A group of women stripping naked in public is one of our most potent political practices. Women’s bodies work as a potential and latent public space in Kenyan modernity because they usually appear in public only under cover: a frightening secret weapon everyone knows about. In many African communities, there is no stronger curse or taboo upon men than seeing “the mothers naked.” There is no stronger way for women acting together to register political dissent. Deployed in this way, women’s bodies have the power to make (something) public, to create “a public” around this action, and thus to produce both public-ness and publicity from the ground of their own corporeal materiality. As political action, this is not only a public mode of power and a specific form of public voice. It is also a critical public voice of dissent against the all-encompassing patriarchy.”

Mwangi unravels the discourse and politics of many a Kenyan woman’s body that is, ironically, generally owned by someone else but carries the potential to unleash unprecedented command and power over its self-appointed and imposed owners, who happen not to be women but men, often the paternalistic patriarchs of many communities. It feels unfathomable that a woman would feel so deeply driven to make a choice, out of lack of other options to strip naked as a vehicle for social justice. The irony here being that women are rendered powerless when some men at their own discretion pounce on a woman and strip her naked because they proclaim, “she is indecently addressed.” The same men who apparently have no squirm in performing this contravention to violate woman get so tabooed by “mothers” stripping themselves naked to find their VOICE!

What emerges here is that perhaps this is all about power. The sense of power some men feel they must exude by controlling women, any woman, perhaps all women. I imagine that perhaps the logic behind this thinking might be understood within the context of revealing mock assumptions that emerge from statements unfolding in my mind like, “as long as I, the man that is doing the stripping, with or without a woman’s consent, then all is well. On the contrary, if a woman finds the courage, power and defiance to strip naked in front of me, at her own free will in political protest, then she becomes too powerful and I am shamed into submission for she has taken away too much power from me. Her power is “blinding” and takes away from my manhood.”

As for the “body strippers” or so-called “indecently dressed women” as featured in Mwangi’s essay, the conversation in the mind might be close to something like this, “how dare she disrespect me and take away power from me by dressing like that? I must show her that I am more powerful. I decide what she wears and what is good for her. If she does not conform, I must call my friends to help me put her in her rightful (powerless) place for trying to show me that she has the power to decide what and how to dresses her body.”

How could these “body strippers” actions possibly stem from a space of caring for the common good as often justified by the culturally inspired, self-righteous and paternalistic public morality legion of patriarchy. The indignities and atrocities inflicted upon women as highlighted in some of the examples Mwangi shares speak volumes and swell with soulful strife.

Stripping women for “being indecently dressed” is a total disregard for a woman’s humanity and dignity. The thought that anyone, male or female could justify stripping women naked in public for being “indecently dressed” is deeply disturbing. Taking the liberties to insert fingers, objects and dirt into a woman’s genitals as a form of public moral punishment for her perceived immorality is at base, despicably inhumane, barbaric and a gross violation of her person and human rights.

Some self-proclaimed defenders of public morality rationalize or justify these acts as being in the society’s best interests – to teach women a lesson. These acts are criminal and the perpetrators should be prosecuted. Some of the greatest defenders of such human rights violations are fellow women which in my view makes it a great tragedy of this dynamic. What part of our humanity long died that such justification is considered “normal”? When women and men support this behavior in words, deeds or inaction, perhaps through silence, what incentive do the perpetrators that perform these obscene violations have to act differently? I am not blaming women for some men’s actions. I am saying that we must interrogate the continued silence and justification for these acts of violence and perhaps embrace the idea that a story of hope could emerge if the song we sang, collectively, were different.

To be continued in Part III of this article.