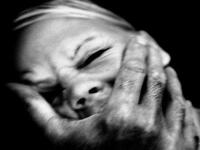 Part II of this article concluded with an attempt to understand the seemingly institutionalized culture of silence that surrounds the social system of violence against women in Kenya. I am recognizant of the fact that women like men are participants and therefore contributors, beneficiaries and sufferers of the cultures that they are immersed in. I am also aware of the generally accepted perception of a “good African woman” in some African cultures. In these cultures, a “good African woman” is one that does not talk back, speak out, speak up and let alone challenge matters of public morality like “indecent dressing”.

In this realm, a “good African woman” is one whose demeanor represents what Mwangi shares in Silence is a Woman as described by “Gikuyu Architecture”. She quotes, “The general term for a woman is ‘mutumia,’ meaning ‘one whose lips are sealed”. An all too familiar pedagogy created and protected by the reign of patriarchy that many cultures continue to pay homage to. While Mwangi’s example is based on the Agĩkũyũ ethnic group, it is perhaps of a broader African and global familiarity as situated in many spaces, patriarchal.

In this space, I bemoan the dirge for humanity that has been long written, rehearsed and performed perhaps a-million-times-over to represent all of the girls and women of the world that have been so brutally violated – just because we are women! A sad reality that simmers trapped in a silence that perhaps frightens many that have decided not to challenge the thinking and actions of boys and men that continue to perceive girls and women as things that can be “fetched” (see part I of this article for details) or in other words ‘objects’ available and accessible to them “on demand” and by all means necessary for their (boys and men) wide arrange of self-indulgent consumption, with or without regard for the women’s consent. Now, why the longwinded hullabaloo and cause to fret for as Mwangi asserts, “Silence is a Woman”. Isn’t it?

In their chapter Power and Knowledge, John Gaventa and Andrea Cornwall in Peter Reason and Hilary Bradbury’s (2010) The Handbook of Action Research assert, “Knowledge mechanisms such as socialization, education, media, secrecy, information control, and shaping of political beliefs and ideologies, all become important to the understanding of power and how it operates. In this approach, power begins to resemble Gramscian notions of ‘hegemony’ (Entwsitle, 1979) or Freirean ideas (1981) of the ways in which knowledge is internalized to develop a ‘culture of silence’ of the oppressed. Countering power involves using and producing knowledge in a way that affects popular awareness and consciousness of the issues which affect their lives…”

So what exactly is power and what is its relationship with silence and voice? In her paper, Voice and Silence: A Feminist Model of Autobiographical Memory, Robyn Fivush (2002) explains the concept of power, “Due to the way in which society has come to define specific roles in the social structure, some standpoints are imbued with more authority or power than others. Views from more culturally accepted standpoints are considered the center, whereas views from less accepted standpoints are at the margins. The view from the center is given “voice.” It is the accepted version of our shared socially constructed reality, whereas views from the margins are “silenced… and … In this sense, power gives voice.”

Fivush further argues that from a feminist standpoint, “Power can be something that individuals dictate, abdicate, share or own. Thus, power is always relational. Power exists between people and emerges from relationships; power is a process that occurs over time… and … power must be conceptualized as an intersection of the individual and society; individuals exist within societal power structures and societal power structures are simultaneously created by individuals”. This perspective perhaps explains that the culture of violence against women in Kenya along with the culture of silence that pervades this space is a social construction that has been created by Kenyans and given more power and voice over opposing ideology like gender equality, gender justice and human rights.

In exploring “silence and voice”, Patricia Maguire in her chapter “Uneven Ground: Feminism and Action Research” in Reason and Bradbury” (2010), shares that the metaphor of ‘voice’ has had multiple feminist uses, for example, silence, secrets and lies (Rich, 1979), talking back (hooks, 1989), a different voice (Gillian, 1982), disruptive voices (Fine, 1992), and contesting the voice of authority (Morawaski, 1997). Drawing from Freire’s (1970) work to pierce the culture of silence among marginalized groups, Budd Hall notes “participatory research fundamentally is about the right to speak… participatory research argues for the articulation of points of view by the dominated or subordinated’ (1993:xvii).”

Maguire further posits, “consciousness raising” provides a “means to transform experience through reflection, particularly on aspects of women’s lives previously considered politically unimportant (Hartsock, 1974) or unspeakable, such as child sexual abuse, women battering and rape”. She further notes that women’s development of voice is the other side of “silence” and like Paulo Freire and Shulamit Reinharz, observes that, “by dealing in voices, we are affecting  power relations”. It is therefore within this space of developing voice that we must remember that breaking the silence is the gateway to disrupting old stories that keep us trapped in the misery created by certain aspects of our cultures that continually feed and sustain the spirit of misogyny – perhaps the greatest source of violence against women.

In calling for a breaking of the silence, we must recognize that as Maguire notes, “there are often consequences for speaking up. She notes that these include “figuratively killing one’s career or love relationships and literally getting killed”. For those interested in the study of silence Maguire argues that “feminist –grounded action research affords participants the power and space to decide for or against breaking silence”. She further outlines that “feminist academicians have undertaken the difficult political task of finding voice to influence disciplines resistant to the disruptive feminist voices (Brydon-Miller, 1997, Fine and Gordon, 1992) concluding that “feminist inspired action research challenges us to consider how we can create spaces for all voices to be heard, as well as how we can use our voices to unsettle power differentials wherever encountered.”

As a starting point for Action Researchers and others interested in exploring social systems that exude silence, I find what Gloria Bravette Gordon shares in her chapter Towards Bicultural Competence in Reason and Bradbury (2010) very insightful. Although exploring the theme of racial relations, Gordon, a British-Caribbean Action Researcher suggests taking up Audrey Lorde’s call to “turn silence into language and action”. She reveals a process that worked for her through understanding and dealing with “her silences”:

I imagine that applying Gordon’s five-step process could be a great starting point for anyone that seeks to understand the dynamics of silence and how it affects the way they experience and participate in life. A challenge I take from Gordon that might inspire others to make the decision for or against finding their voice is stepping into a space of inquiry, seeking to answer the question: “Do I come out of my silences wounded or as victor?”

Even in my brightest optimism under the immense weight of the system of violence against women in Kenya inspired by misogyny that continues to dehumanize girls and women condemning us to lives riddled with indignities, I am reminded by Nahid Toubia (1994) that “sexual and reproductive violence against women occurs at least to some degree in every culture. However, the African woman faces it in monolithic form since practices and values attributed to the power of tradition act as effective oppressors, silencers and -most tragically- eliminators of women’s true voices and desires, not only in the public sphere but in their own hearts and minds.”

Poet Sitawi Namwalie’s,‘Let’s Speak a Simple Truth’ might invoke a protest that the “average man” is depicted perhaps so monstrous to warrant a cry of foul, citing misandry or stereotyping of men. Alas! When real stories, sounds and images affirm and confirm atrocities not only in Kenya but also in India, Egypt and other parts of the world, when perhaps a majority still justifies, remains oblivious to or chooses to be in denial about the entrenched system of violence against women, can anyone exonerate the possibility or suspicion that silence can be interpreted as and is indeed sometimes acquiescence?

From a social scientist’s perspective, in order to transform the thinking that informs the actions of the “average man” (and his cohort) depicted in Namwalie’s poem, it calls for a committed effort grounded in participatory action oriented approaches leveraging humanistic values, gender equality and gender justice along with a human rights framework. This would entail creatively partnering with and engaging communities and leaders of all genders and ages in generative dialogue, “consciousness raising” and other interventions in order to enable cultural transformation through shifting cultural assumptions that are responsible for the creation and sustenance of the system of violence against women. One creative way of initiating such a dialogue is through theatre.

There is an urgent need for men and women to speak out against the prevailing culture that condemns not only women but children and men to lives less worthy of human dignity. The process of finding our voices is not an easy one but if we believe that it is important enough, we must stretch minds and hearts in this direction in order to really find ourselves. In finding ourselves, we might more effectively SEE each other, REALLY SEE each other and acknowledge our collective humanity in the spirit of Ubuntu.

Chiku Malunga, author of Understanding Organizational Leadership Through Ubuntu defines Ubuntu as the “African philosophy of personhood”. In the realm of Ubuntu, we are guided by tenets like “I Am Because We Are; We Are, Therefore I Am” that are fundamentally grounded in acknowledging our collective responsibility and humanity therefore embracing our Humanness and Interconnectedness. However painful and self-sacrificing finding and using our voices might be, may we embrace whatever mode of expression we are most comfortable with in honor of the greater good and for humanity. I am reminded of poet Michael Onsando’s “Solace” that I think so beautifully paints a hopeful space and promise in finding our voice and using it.

The continued lack of a critical mass of ‘human beings’ that embrace a collective responsibility, have the willpower and the moral courage to intervene in systems that trap women and girls in lives of misery (if they are not yet dead), only positions us to further perpetuate the cycle and culture of misogyny, power abuse, violence and silence, passing it along to future generations.

What greater duty and responsibility could we perform? What greater gift could we share with our children, grandchildren, great grandchildren and future generations than taking the lead now to leverage humanistic values in order to create cultures and conditions that enable a more humane, equitable and sustainable world and existence for all? A gift of ACTION taken today so that as the “Price of Silence” shares “future generations may not walk in our blood” and I add, that of past generations because the sight, touch, sound, taste and stench of ‘fresh’ and ‘stale’ blood human (not women’s) blood that we walk in today has become unbearable!

Thanks to “Price of Silence” for their permission to use their image in this article.