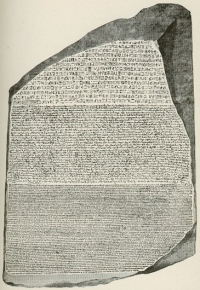 The recent publication of the Diagnostic and Statistical Manual of Mental Disorders (DSM-5) has brought several new disorders into the public consciousness while eliminating some old ones. As just two examples, Disruptive Mood Dysregulation disorder is in, but Asperger’s is out. The often-overlooked irony is that when it comes to diagnostic codes—the numeric or alphanumeric codes used by insurance companies for reimbursement—things are not as they appear. That is, the DSM-5 disorder your doctor says you have may not be the one coded and sent to your insurance company. Allow me to explain.

ICD vs. DSM: Whose Codes are Whose?
DSM diagnostic codes are not DSM codes at all. They are from the International Classification of Diseases (ICD), the World Health Organization’s global manual of officially recognized medical conditions. The codes in every DSM since DSM-III in 1980 have been appropriated from the ICD-9, with their familiar three digit plus decimal place numbers (e.g., 300.02, Generalized Anxiety Disorder). The reason DSM uses ICD-9 codes is because the United States hasn’t adopted ICD-10 and won’t until October 2014—mind you, just as the World Health Organization moves into the final phases of developing ICD-11. (Yes, when it comes to the ICD, the United States is like a long-time Windows XP user who is finally pondering an upgrade—to Windows Vista!) Because the DSM’s authors have long anticipated the U.S.’s switch to the ICD-10 and because clinicians in other countries use the ICD-10, previous DSMs have included an appendix of ICD-10 codes, which consist of letters combined with numbers and decimal places (e.g., F41.1, Generalized Anxiety Disorder). The newly published DSM-5 includes, for the first time, both the ICD-9 and ICD-10 codes next to each other throughout the manual (APA, 2013a). Unfortunately, American clinicians sometimes erroneously think of the ICD-9 codes listed in the main body of the DSM as “DSM codes” and the previously appendix-bound ICD-10 codes as “ICD codes.” However, both sets of codes are ICD codes: the older, “now-defunct-except-in-the-U.S.” ICD-9 codes and the “used-most-everywhere-else-in-the-world” ICD-10 codes.

Despite this ongoing confusion about where diagnostic codes come from, most U.S. mental health professionals know that the ICD contains a section on mental and behavioral disorders (which, by the way, is freely available online, generating murmurs about the DSM-5′s indispensability [DSM 5 or ICD 9, 2013; Practice Update, 2013]). U.S. mental health professionals also have a vague awareness that the diagnostic codes listed in the DSM are somehow connected to the ICD—even if they are not aware that these codes are actually lifted straight from the ICD. What they usually don’t know is that when a disorder is included in the DSM that is not in the ICD, then that disorder simply defaults to “not otherwise specified” or “other specified” status in ICD coding lingo. Because insurance companies bill using ICD codes, if it isn’t in the ICD, it isn’t a recognized disorder—at least not the one you think it is.

Asperger’s: Gone, but Soon Codeable
Since its appearance in 1994’s DSM-IV, Americans have mistakenly taken for granted that Asperger’s diagnoses have actually been coded on insurance forms as Asperger’s diagnoses. This is not so because when Asperger’s Disorder made its debut in DSM-IV, there was no corresponding ICD-9 code for it. To get around this, DSM-IV simply appropriated ICD code number 299.8, “Other Pervasive Developmental Disorder” (American Psychiatric Association [APA], 1994). According to insurance companies and ICD-9, all those Aspie’s out there technically have Pervasive Developmental Disorder-Not Otherwise Specified (PDD-NOS).

Yet, it gets stranger. With the publication of DSM-5, many people believe that Asperger’s is no longer a codeable disorder, having been merged into the new Autistic Spectrum Disorder. This isn’t true either, or at least it will not be in 2014 when the U.S. finally switches to ICD-10. That’s because ICD-10 includes a code for Asperger’s Syndrome, F84.5 (WHO, n.d.). So oddly, nobody in the U.S. has technically ever been diagnosed with Asperger’s, despite believing otherwise for the past 20 years.

Further, we are now being told that because Asperger’s is no longer in the DSM, those who think they were diagnosed with it (but actually were diagnosed PDD-NOS) will need to be reclassified. This also isn’t quite right because starting in 2014, when the U.S. switches to ICD-10, Asperger’s will—for the first time in American history, at least—have its very own diagnostic code. When the U.S. eventually shifts to ICD-11, which—like DSM-5—looks to replace Asperger’s with Autistic Spectrum Disorder, then Asperger’s will no longer be a codeable diagnosis. However, the U.S.’s adoption of ICD-11 appears at least several years away.To sum it up, for the past 20 years, Asperger’s was thought to be diagnosable but wasn’t because it had no code of its own. Ironically, now that it has been tossed out of the DSM-5, it’s finally set to receive its very own ICD-10 code and will become diagnosable after all. No wonder people are confused!

DMDD: Fits and Codes
The new and controversial Disruptive Mood Dysregulation Disorder (DMDD) (Dobbs, 2012) is like Asperger’s was when DSM-IV came out: it is now in the DSM, but lacks a code of its own. DMDD is not listed in ICD-9 or ICD-10. Therefore, DMDD is not technically diagnosable, nor will it be when the U.S. adopts ICD-10 in 2014. The DSM’s authors are certainly aware of this. In a document entitled “Insurance Implications of DSM-5,” they break the news to clinicians:

For a few new disorders, such as Disruptive Mood Dysregulation Disorder (DMDD), the only ICD-9-CM code available for DSM-5 was a “Not Otherwise Specified” (NOS) code from DSM-IV (Mood Disorder NOS 296.99). For ICD-10-CM the code will be F34.8 which is now Mood Disor­der, Other Specified. (APA, 2013b)

This means that when clinicians use DSM-5 and think they are diagnosing DMDD, they are actually diagnosing “Mood Disorder, Not Otherwise Specified.” Of course, the APA (2013b) goes on to assure us that they are working “to include new DSM-5 terms in the ICD-10-CM and will inform clinicians and insurance companies when modifications are made.” Given that DMDD is not in ICD-10, I suspect it may be a while.

Biblical Code vs. Diagnostic Codes
The DSM-5 exerts a strong influence over how people think about abnormality, but it is less influential in dictating the codes actually used to make diagnoses. Those who want to preserve Asperger’s Disorder will soon be able to do so, technically at least, by utilizing the ICD-10 code for it. Those wishing to diagnose DMDD should realize that they can’t, at least not on insurance forms requiring a diagnostic code.

While DSM-5 clearly functions as a cultural touchstone when it comes to how people think about disorder, code-wise it is sometimes less than an all-powerful bible. Apparently, biblical code and diagnostic code are not always one and the same.

A version of this post previously appeared at dxsummit.org.