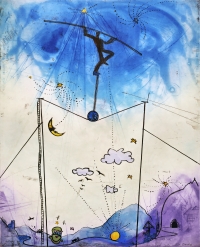 What are microaggressions?
According to Sue (2010a), “Microaggressions are the everyday verbal, nonverbal, and environmental slights, snubs, or insults, whether intentional or unintentional, that communicate hostile, derogatory, or negative messages to target persons based solely upon their marginalized group membership” (p. 3). There has been a shift from racism most often being expressed overtly to more covert forms of racism. Because microaggressions are ambiguous, it is easy to deny that these really are racism, and it is often difficult, if not impossible, to “prove” otherwise.

Frequently, I have witnessed individuals who have courageously voiced concerns about possible racism in the form of microaggressions. In these situations, it is evident that these individuals often carefully craft their words, intending to softly, sensitively voice their concerns without accusing others. Still, the response is often vehement attacks or mocking that seem to either consciously or unconsciously bully the person into not voicing such concerns again.

Courage is a common topic in the existential literature. For Tillich (1952), courage is not only bravery but also connected to ethical action. It is evident that courage is necessary in addressing overt or covert forms of racism. At one time, to take a stand against racism signified a great risk—the risk of being put in jail, physically beaten, or even killed. While these particular risks are not as common today, there is still a great risk standing up to microaggressions and racism.

Zhi mian (i.e., facing directly) and the daimonic
Zhi mian, or “facing directly,” is becoming a better-known topic in the existential psychology literature, as evidence by the number of New Existentialist pieces discussing this topic. Just as it takes courage to challenge microaggressions and more overt forms of racism in others, it also requires courage to zhi mian, or face directly, racism in ourselves and others.

Nathaniel Granger conducted a courageous dissertation by conducting a heuristic research study on racial microaggressions in higher education among African American males. In a heuristic study, the researcher is co-participant, thus Granger’s study also explored his own experiences of racial microaggressions in higher education. During his final dissertation meeting before his defense with myself (I served as Nathaniel’s chair) and Justin Lincoln (who served on his dissertation committee), I used a phrase that had racial implications without considering the origins of it. Nathaniel immediately responded saying, “Now Dr. Hoffman, that’s kind of a racial microaggression right there.” I was appreciative and, more importantly, impressed. Nathaniel demonstrated courageous zhi mian.

Zhi mian also includes the ability to face oneself directly. In the scholarly literature, the idea of being free of racism or “color-blind” is widely recognized as naïve and unrealistic. We all have some racist tendencies within us. Yet, it is easier to assert this as a scholarly position than to experience this as a lived reality.

Rollo May (1969) described “the daimonic” as something innate within individuals, such as an urge, impulse, or tendency, that has the potential to take over or overpower the individual. The daimonic becomes more powerful when we deny, repress, or ignore it. Similar to courage, this shows that the ability to zhi mian ourselves has an ethical component to it. Our denial of the potential for racism only increases its potential and power. Instead, we need to recognize this reality and be honest with ourselves. There is no nobility in the claim to not be racist, but rather dangerous self-deception. I am not saying that the claim to not be racist necessarily has bad intentions. Indeed, some people assert this with very good intentions. However, even good intentions can be dangerous.

While zhi mian calls us to a certain boldness in facing microaggressions and racism, it also calls us to do so empathetically. If the potential for racism is universal, as I have asserted, then we cannot sit too harshly in judgment. Instead, we recognize the struggle against racism as a universal struggle.

Conclusion
As our society continues to struggle with racism, particularly in the form of racial microaggressions, existential psychology has something to say. It is important for us to courageously and empathetically face this topic directly and honestly. It is not an easy path, but it may be the necessary path in moving forward.

Hoffman, L. (2012a, October). Toward a deep diversity of humanistic psychology: Facing our challenges, embracing our opportunities. Society for Humanistic Psychology Newsletter. Retrieved from http://www.apadivisions.org/division32/publications
/newsletters/humanistic/2012/10/embracing-deep-diversity.aspx.