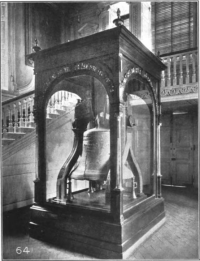 My last entry for this site asked the question, “What is liberty?” Previously, I had posited this question to my Facebook friends, as well as my professional peers, and received only one response. The lack of response to my question as well as recent local and national events caused me to wonder whether we, as a society, as communities, or as individuals still prize the myth of liberty. As I intimated in my previous post, it seems that we have moved from a culture that no longer holds to the myth of liberty to one that has taken liberty and converted it to a moralism that demands obedience of all.

It is important here to remember the meaning of the term “myth.” Rollo May (1991) says, “[m]yth refers to the quintessence of human experience, the meaning and significance of human life” (p. 26). Myth is about an eternal truth, and stands in opposition to empirical truth or what we more frequently refer to as “fact.” Myth involves the whole person, and requires communities or individuals to act out of faith rather than evidence. Myth challenges us to grow and develop, to apply our faith in a myth in ever new and different ways.

As I reflect on this myth of liberty, some of the following images provided for me a picture of liberty.

Liberty is 25 men, most of whom are gay, standing up in front of a church full of people wearing black t-shirts inscribed with such words as “fag,” “homo,” “pansy,” “sissy,” “pervert,” while seeing songs about acceptance, love, and openness.

Liberty is two parents believing in and supporting their young son in his transition to being a girl. These parents accepted their seven-year-old’s wish to be a girl, and willingly relocated to a new community so that she can live as a girl without interference from the school district and local anti-LGBTQ groups.

Liberty is a biracial 17-year-old who has been given the opportunity to develop his academic and critical thinking skills in such a way that he is able to attend college, earn his law degree, and become President of the United States of America.

Liberty is a President sharing his very personal story of experiencing racial discrimination, and calling upon his fellow citizens to dialog about the continued presence of racism in our culture and how we might permanently remove intolerance from our society.

Liberty is allowing a woman (or perhaps a couple) to determine for herself what she needs to do concerning the life growing within her, accepting her decision whether we agree or disagree with her choice, and supporting her through this painful and difficult process.

Liberty is about being free from arbitrary control or outside forces. Liberty is about giving the individual, or a community, or a country the right to choose for themselves what actions or words they wish to follow. Liberty is about respecting another’s perspective about an issue or a topic even though it may be diametrically opposed to mine. President Shepherd in the film The American President (1995) said it this way:

America isn’t easy. America is advanced citizenship. You gotta want it bad, “cause it’s gonna put up a fight. It’s gonna say “You want free speech? Let’s see you acknowledge a man whose words make your blood boil, who’s standing center stage and advocating at the top of his lungs that which you would spend a lifetime opposing at the top of yours. You want to claim this land as the land of the free? Then the symbol of your country can’t just be a flag; the symbol also has to be one of its citizens exercising his right to burn that flag in protest. Show me that, defend that, celebrate that in your classrooms. Then, you can stand up and sing about the “land of the free.”