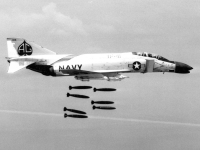 As long as we focus on symptoms, we’ll lose the battle to fight extremism and polarization—and not just with deranged gunmen, radicalized bombers, or overzealous vigilantes. We’ll lose the battle with rabid ideologues, shameless executives, and bullheaded politicians; with merciless drug lobbyists and myopic corporate polluters. We’ll lose the battle with media pundits and commercial propaganda, with “instant” messaging and virtual relationships. In short, and as I point out in The Polarized Mind, we don’t merely have an isolated problem with fixated minds in this country (and world); we have a broad and diversified problem with fixated minds, and it’s worsening the problem for us all.

To compound this problem, our so-called remedies for fixated minds are all too often fixated themselves. For example, we’re pouring billions of dollars into weaponry to fight terrorism but nary a cent to engage in the intimate, professionally facilitated dialogues that we know from psychotherapy research are remarkably effective to resolve conflicts. We’re obsessed over brain research to combat mental disorder but almost dumbstruck when it comes to refining our understanding of the experiences that lead to and inform the neurology that is investigated. We spend untold amounts for short-term, quick fix mental health elixirs, but virtually nil for the kind of longer term, relational modalities that have been shown to produce the most gratifying longer-term results. One example: the study by maverick psychiatrist Loren Mosher (reported in the Journal of Nervous and Mental Diseases in 1999 and later upheld in the Schizophrenia Bulletin in 2008) showing that intensively supported, minimally medicated patients in a psychiatric facility functioned better at two years follow up than traditionally treated patients at a conventional facility—and for about equal cost. Another example: a 1995 Consumer Reports study (which has since been supported by subsequent research) showing that longer-term psychotherapy did considerably better than shorter term on dimensions of “growth, insight, confidence, productivity at work, interpersonal relations, and enjoyment of life.”

The glaring point is that we need the equivalent of a Manhattan Project for depth psychology. We need a mobilization on the scale of the Marshall Plan, if we are to have a chance to stem the polarization and violence that threatens our planet daily. Why can’t we divert even a quarter of the money we spend on weaponry and drugs in this country to support professionally facilitated, in depth dialogues between adversarial heads of state—diplomats and legislators—at critical junctures of their tenure? Why couldn’t even a fragment of the money we spend on tax subsidies for the upper 1 percent be spent on substantive, relationship-centered mental health provisions for emotionally disabled youth who, without such provisions, may become our future rampage killers, or life-long wards of state? Why couldn’t we spend even a modicum of what we shell out for math and science curricula to fund personally meaningful, morally illuminating arts and humanities programs in the public schools?

If we are to combat historically rooted, technologically bolstered polarization in our contemporary world, we are going to need bold thinking with longer term, in depth results. As a clinical psychologist with more than 35 years of experience, I have seen how the quick fix, instant solution has repeatedly failed when it comes to issues of profound moral import, while the active but slower tussling with such issues has triumphed, both for individuals and societies. If we are to have a chance of saving both ourselves and our planet over the coming decades, we will need to mature in ways rarely anticipated by the architects of conventional culture: we will need to mature in the fashion of those who have combated polarization down through the ages—our seers, sages, and depth psychotherapists.