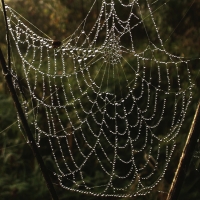 We find ourselves in very interesting times with regard to our understanding of mental health. We find ever more heated, passionate, and polarized discussions taking place with regard to the so called mental disorders—how or even whether to try to classify them, which factors are generally helpful in recovery vs. which factors are generally harmful, what does “mental disorder” or “mental illness” even mean, and what does “recovery” even mean. I consider myself something of a constructivist (believing that we all develop individually constructed “lenses”), an existentialist (believing in the importance of understanding the core dilemmas inherent within our existence), and a pragmatist (emphasizing the importance of identifying and meeting relevant needs). So given the way my own mind works, I find it helpful when such conundrums appear to try to take the issues all the way down to the most fundamental assumptions and experiences that give rise to them, and then try to reconstruct an understanding that is more conducive to meeting our needs.

This discussion, then, is an attempt to do just that. I’ll begin by looking at the basic assumptions underlying the most prevalent scientific paradigm in the West, and why I believe this paradigm is so problematic. Then I’ll present an alternative paradigm—a synthesis of both Western and Eastern understandings of human nature, human experience, and of living systems in general—and discuss why I believe this alternative paradigm has the potential to be far more helpful (and far less harmful) in our attempts to understand the complex issues of so-called psychosis and other mental disorders, and in working towards ways to offer real support to people who are struggling with these conditions.

Part One: The Current Dominant Paradigm—When will Positivism Finally Rest in Peace?
While there are a number of different scientific paradigms (also known as epistemologies) that have emerged in the West over the past centuries, the paradigm that has greatly dominated for several hundred years and continues to dominate today is positivism. The roots of positivism extend all the way back to the dawn of Western philosophy, with Aristotle’s emphasis on substance (matter) over pattern, and the belief that patterns or processes could be ultimately reduced to substance.

The main cornerstones of positivism are “materialism,” “objectivity,” and “reductionism”—these include the assumptions that all that exists can be reduced to matter or matter/energy; that we can understand the whole by isolating its parts and studying them individually; that by isolating these parts, we gain a greater understanding of the whole; that there is some absolute truth that we can observe as completely detached observers; and that it’s possible to observe this so-called objective world without influencing or biasing what we observe in any significant way.

In my opinion (and in the opinion of many others who’ve grappled with these epistemological questions), the core tenets of positivism have been soundly debunked, and done so ironically by many of the same scientific fields that have emerged directly from positivism — especially modern physics, the life sciences (especially within ecology, microbiology, and evolution theory), and systems theories such as chaos theory and complexity theory. The new picture that continues to emerge is that the whole is greater than the mere sum of its parts, that process itself appears to be more fundamental than matter, and that it really isn’t possible to observe the world in any kind of unbiased and entirely non-influential manner.

Yet, generally speaking, we in the West continue to hold positivistic thinking and positivistic methodology as the most sacred of all methods of inquiry with regard to living systems and organisms, still generally buying into its outdated tenets. And not only do these tenets remain strong in the West, they are clearly spreading throughout an increasingly globalized society.

The entrenchment of these positivistic tenets is especially evident when we look at our attempts to better understand subjective experiences (such as the so called mental disorders) by placing the vast majority of our attention on the brain and body rather than what is actually occurring within people’s minds, and by relying predominantly on randomized controlled trials, or RCTs, rather than on research that explores people’s actual experiences in situations that are as natural as possible. I don’t mean to completely discredit the value of controlled trials and quantitative analysis in general — I do believe that there is a place for them as long as we don’t forget the very strict limitations of this kind of approach, especially when we’re exploring experiences that are by their very definition subjective, which of course include those experiences that we label “mental disorder,” “mental illness” and “recovery.”

The problem is that we’re not acknowledging these limitations, and all we have to do is take a look around to see the serious trouble this is causing. We have continued in full force for more than a century trying to locate the so called mental disorders within the brain, but to absolutely no avail. Just think of what we could have accomplished in these many decades and with these many billions of dollars if we had instead been putting our emphasis on trying to understand people’s actual experiences and trying to address their actual needs. Imagine how different the world would be today if rather than seeking for those “magic bullets,” we instead focused on the cultivation and implementation of support systems that we already know work very well—addressing poverty and discrimination, cultivating relationships and negotiations between individuals and groups, ensuring that everyone has access to meaningful education and activity, providing individual- and family-based interventions and empathy-based sanctuaries to those in crisis, etc.

But no—tragically, we continue trying to use a framework founded on a belief in materialism and reductionism to understand human experience, human suffering, and life in general, when these are more appropriately recognized as arising from a dynamic, holistic, and profoundly interdependent “web.” In other words, we almost completely ignore the most recent findings of our own science, which are in general highly congruent with this more holistic, interdependent vision, and so we continue in futility trying to fit a round peg into a square hole.

So if we come to terms with the fact that positivism has been debunked (and thankfully so), then where does this leave us?

The findings of many of the scientific fields originating from the positivistic paradigm have been converging on a new set of fundamental principles including interconnectedness, holism, self-organization, and even a kind of primordial intelligence in the form of a fundamental propensity for awareness, response, and becoming. In yet one more irony, this emerging “new” paradigm is actually very similar to some very “old” paradigms—such as that developed thousands of years ago by the nondual traditions of the East (especially within Buddhism, Taoism, and Advaita Vedanta), and that which was probably more or less ubiquitous among the earliest human, or indigenous, societies.

LOOK FOR PART TWO OF FOUR COMING NEXT WEEK IN THE NEW EXISTENTIALISTS!