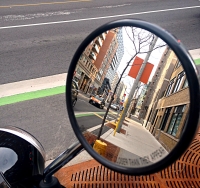 An article in the Huffington Post reported on a study demonstrating that no other country in the world places more of their citizens on arrest than the United States. While 716 per 100,000 people in the United States are incarcerated, the second highest number in any other country is 649 and only five other countries have more than 500 individuals per 100,000 incarcerated. Recently, we seem to be flooded with statistics similar to this. For instance, in December 2012, shortly after the Sandy Hook School Shooting, The Washington Post reported that there are significantly more gun-related killings in the United States than any other developed country.

These statistics are startling; however, they are just the beginning of the serious social issues that the United States is facing. We still have not closed down the Guantanamo Bay Detention Camp despite many reports of human rights violations. The United States has been involved in drone attacks in which civilians and children are being killed in other countries in alarming numbers. We still hear regular reports of hate crimes and have many White supremacist groups that remain active in the United States.

Yet, crime and violence are not the only prominent human rights shortcomings in the United States. We are lagging behind many countries in marriage equality. Women often still are paid less than men for the same work, and there is an increasing gap between the rich and the poor. Islamophobia and homophobia are too often accepted prejudices. Since Obama’s election as the first Black president, which did signify remarkable progress in terms of racial problems in the United States, we have also witnessed an increase in many forms of more overt racism. Our politicians, who should be role models, have lost the faith of our country due to partisan politics and behavior more reflective of dramatized reality TV shows than elected public office.

It is common for people in the United States to believe that we are morally superior to other countries. In particular, the United States has a strong international reputation for being quite judgmental of other countries about human rights violations. However, an honest look at the statistics quickly reveals that we should be cautious in becoming too smug.

The existential principle of zhi mian highlights the importance of facing oneself directly, honestly, and courageously. It can be quite beneficial to cultivate the practice on a cultural level as well as an individual level. In the United States, if we are going to authentically engage other countries about human rights issues with any credibility, we must first take a serious look at our own shortcomings. If we were to take seriously our own social issues, we might find that there is not much time left to be judgmental and condescending toward other countries.