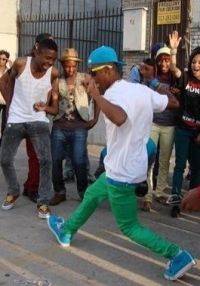 In many ways, I applaud the maverick spirit of existential and humanistic psychology in leading the Coalition in the authoring of a powerful Open Letter to the DSM-5 Task Force and American Psychiatric Association that strategically delineated concerns about the development and subsequent publication of the DSM-5. I was doubly proud to see Saybrook University’s institutional leadership in the endorsement of the letter.

However, as an African American woman dedicated to the wholeness and fullness of the human experience in context, I wonder if there were missed opportunities when considering the lived experiences of many diverse persons adversely impacted by the DSM monopoly in general. More specifically, it would have been profound if the Open Letter explicitly named how members of certain groups could be (and have been) adversely impacted by the changes, especially in light of psychology’s and psychiatry’s shameful history as it relates to focusing on biology for understanding human behavior and functioning (Guthrie, 2004).

I am reminded that the Association of Black Psychologists also endorsed the letter, and yet, in its position paper, the Association drew explicit attention to Metel (2010) and others’ documented experiences of mis- and over-diagnosis among African Americans, especially with regard to schizophrenia and ADHD. Given this history, it is no surprise that in one decade, the diagnosis of ADHD among Black children increased by 70% (Getahun et al., 2013 as cited by Freightman et al., 2013)).

I find myself curious as to how my sisters and brothers from other cultural groups would share their stories of the atrocities imposed upon them due to the inappropriateness and ineffectiveness of DSM. It is my assumption that many of the readers are privy to such stories in their own lives, cultural groups, and/or those whom they have come to know. How powerful might it have been for a predominately White and/or male-dominated organization that gave birth to the letter that fostered a Coalition to have lent its power and voice to specifically naming potential adversities for cultural groups versus the broader themes stated in the letter? Why leave for deduction that which should be said explicitly? One might surmise that concepts like microaggressions, systems of oppression, intention versus impact, and/or cultural blinders may provide some insight.

I share the recommendations in personal communications with Dr. Wade Nobles that mental illness (if it exists) must include contextual considerations that take into account the pathogenic nature or aspects of society, particularly the ideology of oppression (e.g., racism, sexism, or heteroism).

What we understand about multigenerational trauma tells us that the residuals of cultural and historical trauma affect one’s self-actualization process. For example, a 17-year-old African American male struggling with the existential crisis that in order to protect his family from violence, he may have to kill a 13-year-old child that adult gang members send and feels he cannot turn to the police for protection. This has nothing to do with his cultural group norms or biological nature as much as it does with the socio-economic-cultural-historical context of his human existence. The frustrations expressed by existential and humanistic clinicians-in-training, as well as seasoned clinicians, who find themselves clinically paralyzed in sessions working with people who are homeless or contending with other adverse social determinants is quite palpable evidence that something more is warranted if existential-humanistic psychology is to be globally responsive.

Multicultural psychology teaches us that to be a cultural ally is to lend voice where others go unheard or unseen. Becoming a cultural ally is courageous work as you must take risks and possibly share or relinquish power and authority. Contemporary leadership in existential and humanistic psychology is poised for such courage and transformation. I am hopeful of what can be-come with the marriage of existential and humanistic psychology with multicultural psychology. Quinn’s (2013) work integrating client-centered principles and multicultural competency and Hanks’ (2008) call for universal self-actualization are instillations of hope. Mind you, these contemporary thinkers stand on the shoulders of early theorists such as Bugental, May, and others who began this discourse that we must “remember.” As a matter of fact, I am appreciative of my colleague Shawn Rubin sharing Bugental’s 1971 paper where he wrote, “people who have really come to grasp what I call here the humanistic ethic are apt to share the impatience—or indignation—with that which is anti-therapeutic in our culture” (p. 12). I guess I wanted the Coalition to be more indignant with the development of the DSM-5. However, my spirit boasts with pride with the recent launching of a certificate program in Multicultural Psychology offered by Saybrook University. A multicultural discourse may be the key to our professional humanity—operationalizing the complexities of transformative change and the healing power of witnessing and acknowledging cultural stories. As the African proverb states: When lions become historians (storytellers), hunters cease to be heroes!

Coalition for DSM-5 Reform. (2011). Open letter to the DSM. Retrieved from http://www.ipetitions.com/petition/dsm5/.

Quinn, A. (2013). A person-centered approach to multicultural counseling competence. Journal of Humanistic Psychology, 53, 202-251.

The Association of Black Psychologists. (2011). Potential changes to the DSM-5: A Response from the ABPsi. Retrieved from http://www.abpsi.org/pdf/DSM5Commentary.pdf.

Today’s guest contributor, Theopia Jackson, PhD, is Executive Faculty in the School of Clinical Psychology at Saybrook University and a clinical health psychologist at Children’s Hospital & Research Center in Oakland, CA, as well as General Assembly Chair for the Association of Black Psychologists and Co-Chair of the Diversity Committee for the Society of Humanistic Psychology.