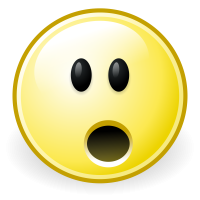 Two thousand years ago, Epictetus (135 C.E.), the Greek sage and philosopher, articulated very well what I gather to be one of life’s most profound—and somewhat obvious—truths. “Some things we can control, some we cannot.” To learn the difference between the two, is of great value, he says, because preoccupying ourselves with the things that are out of our control will only make us miserable. Easier said than done, sure. But it’s crucial that we consider this.

We live in a world where not designing the future and not having plans could be easily viewed as strange and problematic. Imagine being a 17-year-old and not having a clue what you’re going to do with your life and wanting to take a year off to see where that takes you. Most parents would freak out hearing something like this—at least here in Greece. We obsess with plans and strategies, with making the most out of life really quickly and moving ahead continuously.

How does this affect therapy?

On one hand, many therapists want to do therapy in a way that’s empirically and scientifically proven (like CBT, for example). They want to have a therapy plan, some kind of manual telling them what to do and when, they want rules and standards. On the other hand, clients don’t want to give time to listen to themselves, their bodies, their needs. They just want outcomes and the sooner the better. They often say, “I don’t care what my tears are saying, I just want this gone.” When I propose to take some time in the therapy room—for one reason or another—they are in a hurry to talk or to act. They seem to believe that giving time means losing time.

How, though, is this connected with control? One of the tensions in human existence, as Spinelli (2007) discussed, is that between control and letting go. Letting go seems challenging for many people. To let go, one must accept that life is uncertain but somehow things will work out. Because everything changes, the only thing permanent is change. Change, of course, brings with it uncertainty and that frightens many people.

However, as much as we try to control our lives, there will always be aspects that are just out of our reach. The death of a loved one, a natural disaster, a fatal accident. Sometimes, it seems to me, that trying to control some of the little things I can is very significant, because in a world that is constantly changing, I want to be able to be in charge of something. Other times, I find that this need to be in control closes me down and blinds me from some of my future possibilities. Uncertainty versus security is yet another one existence’s tensions (Spinelli, 2007).

Clients often express this tension through their dilemmas. “Should I leave my very well-paid job to pursue another career that I seem to fantasize about? Should I end this marriage after being with her for 18 years? Should I do this or that?” And they would be very glad to know, with absolute certainty, what would the “right” thing be after all, what will happen in the future, whatever their choice. Unfortunately, in life, unlike in bought products, there are no guarantees. Except of course the obvious two: change and death.

If we took control from a preparation standpoint, then to be prepared that anything can happen is a good thing. But can we really be ready for that “anything?” Monks and very spiritual people maybe, but can the rest of us? Can we accept that maybe tomorrow a war might happen? Or that we might lose all our money? And is this the kind of uncertainty that we’re talking about in existential therapy? Yes, it might be. For some an extreme, for others a reality.

How do we cope with all that? To start, being aware that change is constant may remind you and even prepare you for a turn for the worse (or sometimes the better, because there are also people who live most of their lives in very unlucky circumstances and “better” seems far off for them). Some people get even bored with a life of certainty. But then again they have to live with the certainty of the uncertainty to get through. Almost always, a kind of security is desired but also almost always, we hear about people taking risks that proved to be very rewarding.

All of this makes me think that we take certainty for granted, although it probably should be the other way around. But it’s hard to accept that we live in a world that anything could happen—when this anything could, of course, mean something “bad.” I never heard anyone complain about something that went surprisingly well! It’s almost unbearable to think how little control we have over things, and if we seriously thought about that, we might not even bother with most of the things we do. So a certain kind of illusion, that life will go on as planned, is necessary.

To return to Epictetus, he thought that everything external is beyond our control, and the only thing controllable is how we choose to act and be towards external events. In that, I find that he seems to link control to the concept of responsibility, so ever present in existential theories. He also believes that suffering is the outcome of trying to control what we cannot. However hard, maybe this we should try to remember every time we get too anxious about a future that none of us know what will bring. And maybe we’ll get lucky!