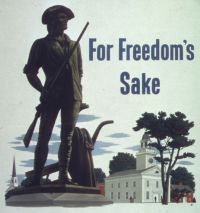 As I immerse myself in “the work” and struggle to seek a new way of experiencing and being, I was able to appreciate the meaning of the four important paradoxical concepts of our human existence Irvin Yalom described in his book Existential Psychology (1980) from a whole new perspective.

Freedom vs. Responsibility
I flew many miles across the Pacific Ocean to seek freedom—freedom from my assumed responsibilities back home, and from the self-imposed limitations in my way of being as a matured, responsible individual given my cultural/religious values and beliefs. And experiencing freedom I did. After all, the United States is known to be the land of freedom. I could say, for the first time in my life, I felt entirely free to do whatever I want, to be whomever I choose to be, and to live however I wish to live. There were (almost) no rules to govern me, no one to tell me how I ought to be. That sense of freedom was liberating and powerful. Yet, at the same time, it was also terrifying. When one is truly free, there is nothing to fall back on or to hold you back. It’s almost like bungee jumping without the rope, or skydiving without the parachute. I am on my own and life is what I make of it.

This same feeling first emerged when I lost both my parents. I felt like I was thrown into the world to survive on my own. I no longer belong to anyone. I no longer have a home to run back to. At the same time, I am no longer bound by the expectations and duties of a filial daughter. In a sense, it was freeing as there were no rules or standards to abide by nor were there anyone else I need to live for but myself. On the other hand, it also meant that I am fully responsible for how my life turns out, as I no longer have anyone else to assign the responsibility (or sometimes blame) to. And that can be both relieving and anxiety-provoking at the same time.

I could relate to what Bob Edelstein described during the EHI Conference in November 2012 as the process of forming my own existential identity—from the known to unknown, from the family of origin to nothingness, and eventually to a newfound identity. The search for this new identity can be challenging and it is so easy to feel lost in that process. It is no wonder why some clients choose to remain attached to a relationship, regardless of how unhealthy or abusive it may be, than to free themselves to avoid feeling that sense of nothingness.

Many may view this sense of freedom as being free from responsibility. That may explain why freedom can so easily be misused. But nothing can be further from the truth. To be truly free, one needs to be willing to assume full responsibility—responsibility for oneself and for the choices one makes. As Schneider (2008, as cited in Schneider & Krug, 2010, p.13) puts it, freedom is viewed as the “capacity for choice within the natural and self-imposed limits of living.”

To avoid these responsibilities, whether by choosing not to act or assigning the choice to others, is to give up one’s freedom to live authentically. I experienced very markedly the responsibility that comes along with my newfound freedom. Over the past several months, there have been many instances where I could have easily abused my freedom by not assuming responsibility for my work, my studies, and my relationships, but do as I pleased. But I learned that it is not in relinquishing responsibility that sets me free, but rather in pausing, understanding, and responding to them that I could truly experience the freedom to be.

To truly live my newfound freedom, I have to accept the responsibility of my own choices and the consequences thereof, however hard it may be. And that includes the price that comes along with those choices. As Bugental (1987, p.230, as cited in Schneider & Krug, 2010) aptly described, with every choice we make, we are relinquishing something else, because “every freedom has its price” (Schneider & Krug, 2010, p.14). To be able to fully embrace my life here in the Bay Area, I needed to give up time (and the memories that come along with it) with my loved ones back home, opportunities for career progression and financial success, the comfort of a secured life, and so on. Freedom is not limitless. Without acknowledging and accepting that, I would be trapped in my sense of guilt and torment of wanting the best of both worlds. Just as Yalom (2008) rightly pointed out, every choice we make brings to our awareness of “limitations and temporality” (p. 56). When we are unwilling to accept these limitations, it robs us of our true sense of freedom. I realized that it is about learning to integrate freedom and its limits, to deal with and accept the givens of human limitations, and assume the responsibility to act on or respond to what one becomes (Schneider & Krug, 2010). And that is a life-long learning process.

Death Anxiety vs. Life Anxiety
Another thing that became very clear to me over the past few months is that death anxiety is not just about one’s fear of death or dying. I’ve always assumed that because I am not afraid of the idea of death, therefore I do not experience “death anxiety.” Truth be told, it was not because I have the courage to face death or that I am contented with my life. Rather, it was because I felt like I have nothing worth losing, including my life. In some ways, I was no different from many clients who are passively suicidal, waiting for death to take my life away, because I was feeling dead inside. But as Yalom (2008) wrote in Staring at the Sun, death anxiety is not just about death but the “sense of unlived life”—the more one fails to experience life fully, the greater one’s sense of death anxiety is (p. 49). Hence, death anxiety is not merely about the fear of dying, but the fear of not living. And that is perhaps my biggest fear of all.

Thinking back, my death anxiety was first awakened many years ago when I was constantly fearful of wasting my life away, of just going through the motions but not living life passionately and fully. That was how I dealt with my career, and my relationship with myself and with others. For a very long time, I felt lifeless. But like most people, I ignored it. My wakeup call came when my mother was diagnosed with terminal cancer. Perhaps subconsciously, I knew that I was next in line, and like everyone else, I don’t have an infinite amount of time to waste. It finally pushed me to act, which eventually led me to this path, thousand miles away from home.

Through that journey, I experienced first-hand what Yalom (2008) meant by how death anxiety rather than paralyzes us, helps us “decide how to live as fully, happily, ethically, and meaningfully as possible” (p. 202). “The way to value life, the way to feel compassion for others, the way to love anything with greatest depth is to be aware that these experiences are destined to be lost” (Yalom, 2008, p.147). In some ways, perhaps it highlighted to me the sense of urgency as well as the finiteness of life. Coming from a culture where death is a taboo subject, I have never really had the opportunity to fully explore the idea of death and what it means to me. Death is not something to be spoken of for fear of bad luck. And we were meant to live life as if death would never come. It was not until now that I have been able to fully appreciate the paradox of death and life.

In Staring at the Sun, Yalom (2008) posed two crucial questions that I find myself asking continuously as a daily reminder of choices I make in living: How can I live now without building new regrets? What do I have to change in my life? (p. 146). I’ve had my fair share of regrets in the past, of what could have, would have, and should have been, if only. One of my biggest regrets was not doing my best to take care of my mother before she died. In some ways (subconsciously), perhaps I was making up for it by choosing to be there for the residents at AgeSong, many of whom are in the final stages of their lives or have no one else in their lives to care for them. For most people, myself included, they are the constant reminder of life’s limitations and finiteness. It saddens me, knowing that there is nothing I could do to change their circumstances.

But as I’ve learned through Yalom (2008) and the EHI course, “one can offer no greater service to someone facing death…than to offer him or her your sheer presence” (p. 125). In being present with them, I learned to be fully present with my own death anxiety, and it offered me the opportunity to continuously examine how I want to live my life. Perhaps it enabled them to do the same. While I wish I knew then what I know now so that I could be a better daughter to my mother, I’ve learn to accept that I cannot change what has happened, but I can only pay it forward.

With increased awareness of our death anxiety comes what Otto Rank (cited in Yalom, 2008) described as the ongoing tension with life anxiety. Just as freedom comes with a price, as we strive to grow and expand to fulfil our potentials in life, we are bound to also encounter anxiety from the accompanying sense of loneliness, vulnerability and separation in the change process. This brings to mind my favorite quote by Rollo May, “Many people suffer from the fear of finding oneself alone, and so they don’t find themselves at all” (May, 1953). So I could appreciate why many clients would find it easier to give up the possibility of finding one self, to avoid having to struggle with the pain and anxiety along that process. But could one live life fully otherwise? Or would one be marred with regrets of what could have been?

Yalom, I. (2008). Staring at the sun: Overcoming the terror of death. San Francisco, CA: Jossey-Bass.

Today’s guest contributor, JoAnn Loo, is a therapist-in-training from Malaysia. Inspired by the great existentialist psychologists including Yalom, Bugental, and May, she came to the U.S. a year ago to learn the workings of existential therapy through the Existential-Humanistic Institute in San Francisco, CA, and has been consciously practicing her new-found way of being ever since.