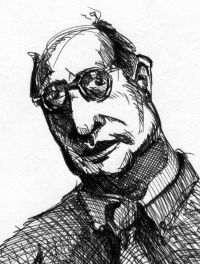 In human beings courage is necessary to make being and becoming possible. An assertion of the self, a commitment, is essential if the self is to have any reality.… Courage is not a virtue or value among other personal values.… It is the foundation that underlies and gives reality to all other virtues and personal values. (p. 13)

The courage of life is often a less dramatic spectacle than the courage of a final moment; but it is no less a magnificent mixture of triumph and tragedy. A man does what he must—in spite of personal consequences, in spite of obstacles and dangers and pressures—and that is the basis of all human morality. (p. 225)

May brought his concept of courage to life in The Courage to Create (1975) by moving creativity to the center of a most basic act of human courage: how individuals stay alive as vital human beings in this world. This depends on the courage to create and manifest dreams, aspirations, ideas, fears, pain, and grief in creative forms of all types. The scientist, engineer, artist, community activist, poet, teacher, mathematician, farmer, parent—people of all types, who do all types of work—are called upon to bring together courage and creativity for the betterment of all. These individuals must be the nonconformists, those who choose the different path, despite, as Kennedy said, the obstacles. This was precisely May’s point when he wrote about courage, yet the obstacles are much deeper than those discussed by Kennedy (1956). The obstacles are not simply risks of ostracism or loss of friends and fortune. The risks are far greater, according to May (1975), as they touch upon the very existence of people as individuals and as a society.

Courage is often related to authenticity, as courage suggests the ability to be genuine, original, unique, honest, and truthful, in contrast with fakeness or falseness. To be authentic in this way can evoke a great deal of anxiety and fear. Therefore, courage is required to move into a place of authentic being (Woodward, 2010). In an article that outlined recent research in creativity and psychology, Simonton (2000) discussed factors that influence creative potential:

Creative potential seems to require a certain exposure to (a) diversifying experiences that help weaken the constraints imposed by conventional socialization and (b) challenging experiences that help strengthen a person’s capacity to persevere in the face of obstacles.… These developmental inputs may be especially important for artistic forms of creative behavior.… It is a startling testimony to the adaptive powers of the human being. (p. 153)

This quote is an example of how courage may be linked to both external and internal factors in a person’s life, such that the artist must develop resilience and fortitude to persevere. Dacey and Lennon (1998) add to this notion:

Sooner or later, all creative people encounter obstacles to the realization of their objectives. By definition, they typically go against what everyone else is doing and must have great powers of perseverance to continue on the path they believe to be correct. (p. 112)

Tillich, in The Courage to Be (1952) had another view of courage and visual art. “The combination of the experience of meaninglessness and of the courage to be as oneself is the key to the development of visual art since the turn of the century” (1952, p. 146). This brings into view the concept of authenticity.

“Authenticity consists in having a true and lucid consciousness of the situation, in assuming the responsibilities and risks that it involves, in accepting it in pride or humiliation, sometimes in horror and hate” (Sartre, 1946). Bugental (1981) stated that authenticity contains a central genuineness and awareness of being. “Authenticity is that presence of an individual in his living in which he is fully aware in the present moment, in the present situation” (p. 102).

This is reminiscent of May’s description of a field of poppies: “My poppies in their dance were swaying in unison and bowing in the slight breeze, each of them having a miraculous perfection of beauty in itself” (May, 1985, p. 11). What moved May so much was his realization that he had not allowed himself to experience beauty in quite that way before. He was changed in that he had opened up to a new way of seeing the world and being in his life. He stated that he felt “a new quality of life which had begun with the poppies and spread out to an awareness of the colorful and adventurous aspect of beauty.… I felt empowered, freed for all kinds of activities” (p. 19). For May, it may be accurate to say that authenticity and beauty are joined concepts because the experience of witnessing beauty is self-actualizing.

A more familiar definition from the text, Everyday Creativity, stated, “Authenticity requires that the response originates in the self, as opposed to being an imitation or copy” (Sundararajan & Averill, 2007, p. 195). Bugental (1965) further considered the act of authentic creativity in terms of process and product. He explained that creativity is not just about the public creations of artists, but more importantly, the inner creativity that is possible for each person.

Bugental’s statement is a bold affirmation of authentic creativity.

Authenticity, in relation to the creative encounter, is an act of surrender and of keen awareness. Yalom (1980) described authenticity as a

… state of mindfulness of being….In this mode, which is often referred to as the “ontological mode” (from the Greek ontos, meaning “existence”), one remains mindful of being, not only mindful of the fragility of being but mindful, too of one’s responsibility for one’s own being. In this state, one becomes fully self-aware—aware of oneself as a transcendental (constituting) ego as well as an empirical (constituted) ego; one embraces one’s possibilities and limits; one faces absolute freedom and nothingness—and is anxious in the face of them. (p. 31)

Authentic creativity suggests a kind of vulnerability and openness in the creative process that, although it may be uncomfortable at times, supports creators in their endeavors. The inherent connection to the self, along with the creative encounter, brings into existence the new creation.

This brings me back again to 1988, and my Senior Project. Although I had some courage to create back then, it was limited by my 22 years of nature and nurture, and would take much more time to develop. If I could, I would go back and tell my young self:

“You were onto something. You have something inside you that you don’t realize. It’s not flashy or destined for greatness. It doesn’t have to be. It’s you. The way you fell in love with Rothko, how Frankenthaler’s color-stained canvases inspire you, and that you’d like to live in a room painted by Matisse.

…that’s all you. Stay with it, don’t give up because you think you don’t fit or don’t belong. Stay courageous and continue to see beauty in your life.…That’s where it’s at, sister. It’s vulnerable because it can seem so very transient, but it’s there. And when it touches you, breathe it in. Let it fill you up and ignite your creativity. Vulnerability is where authenticity resides. Stay with it, even when you fear it. It’s who you are.”